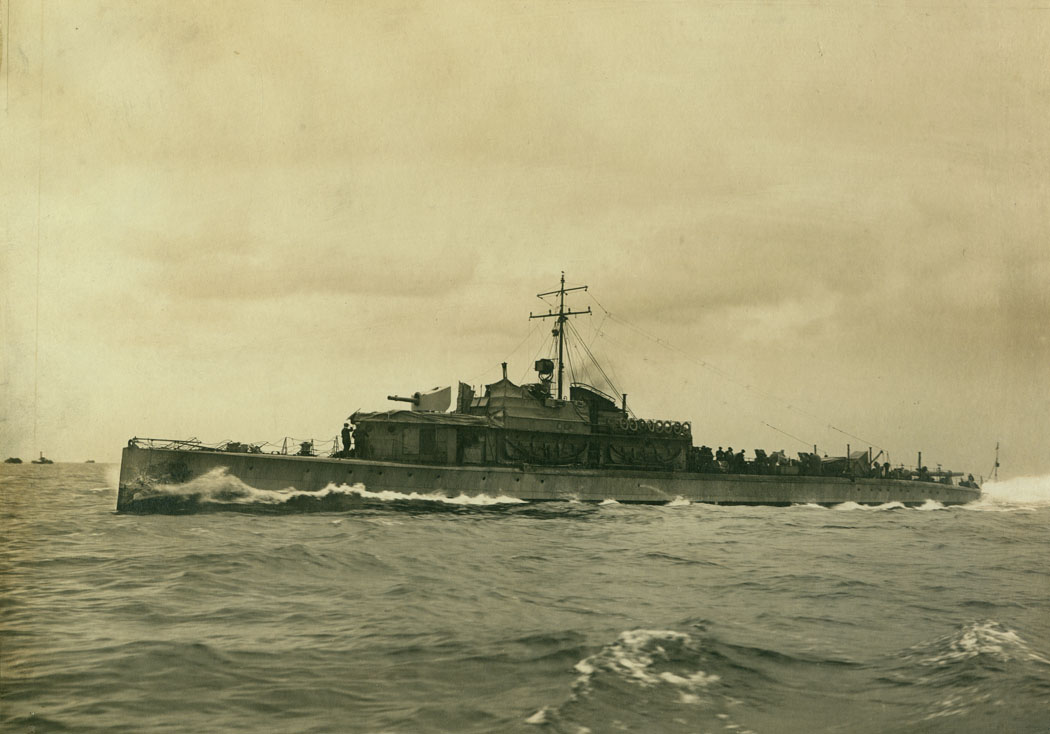 Try to find the date or year when this image was made.
Thanks for contributing!
Photograph of Patrol boat P-31 on sea trials, 1916 (TWAM ref. DS.RDD/4/PH/2/1/3). This vessel was built by John Readhead & Sons, South Shields. Patrol boats were built under the Emergency War Programme to relieve destroyers of patrol and escort work and submarine hunting.