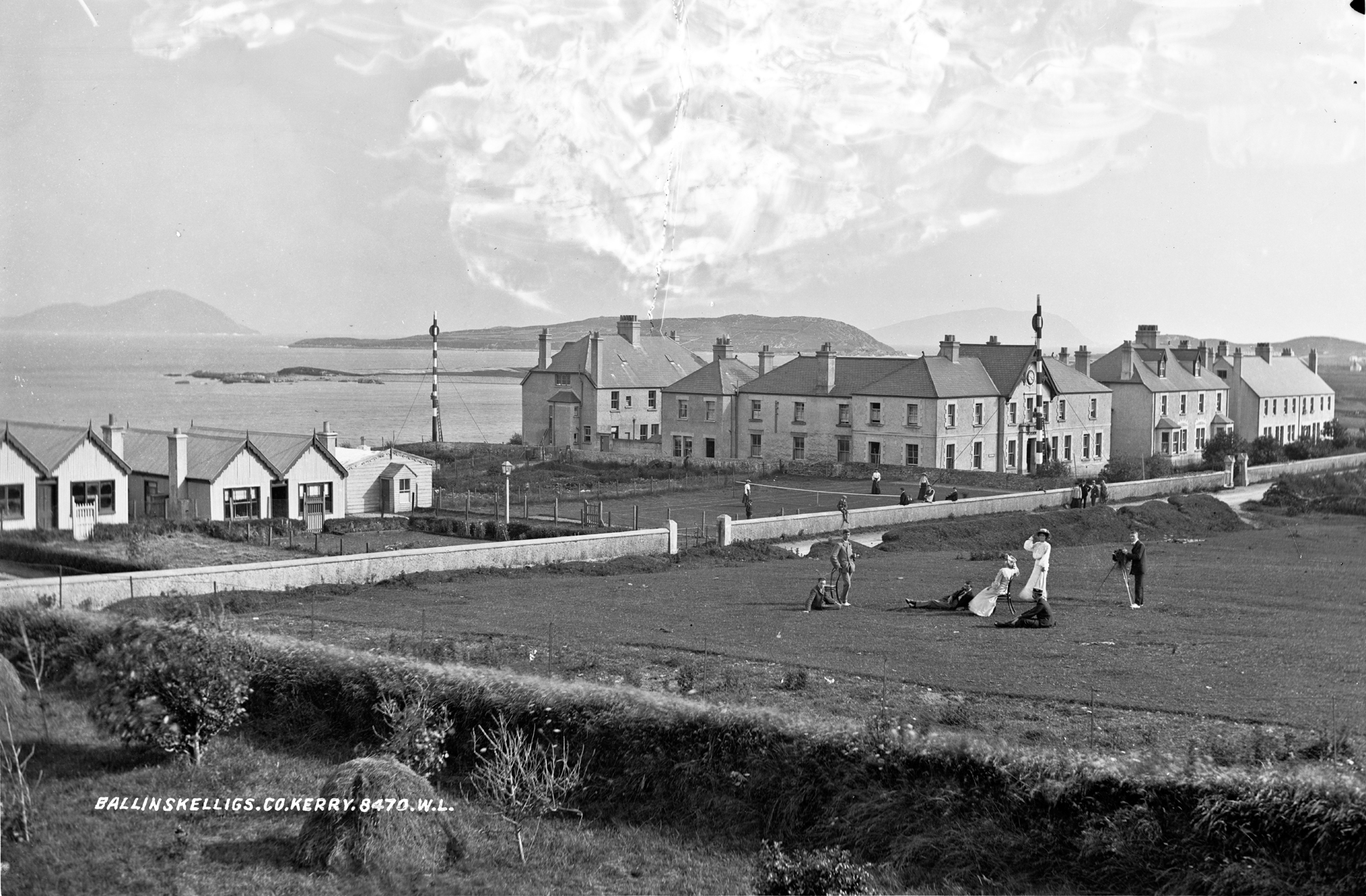 Try to find the date or year when this image was made.
Thanks for contributing!
An idyllic summer's day. Captured (not once but twice it seems) on the lawn at Ballinskelligs, I am intrigued by the two "barber shop" poles in the background. What were they for? Happy Fotografic Friday everybody!

And so we learned that the beacons (as with much else in this image) are now no longer standing. However, they were likely warnings to vessels not to damage the undersea telegraph cable by dropping or dragging anchor nearby. We also learned that the Ballinskelligs cable station was operated by the Anglo-American Telegraph Company, and later by Western Union. It was closed in 1923. And (clearly) entirely demolished since then....