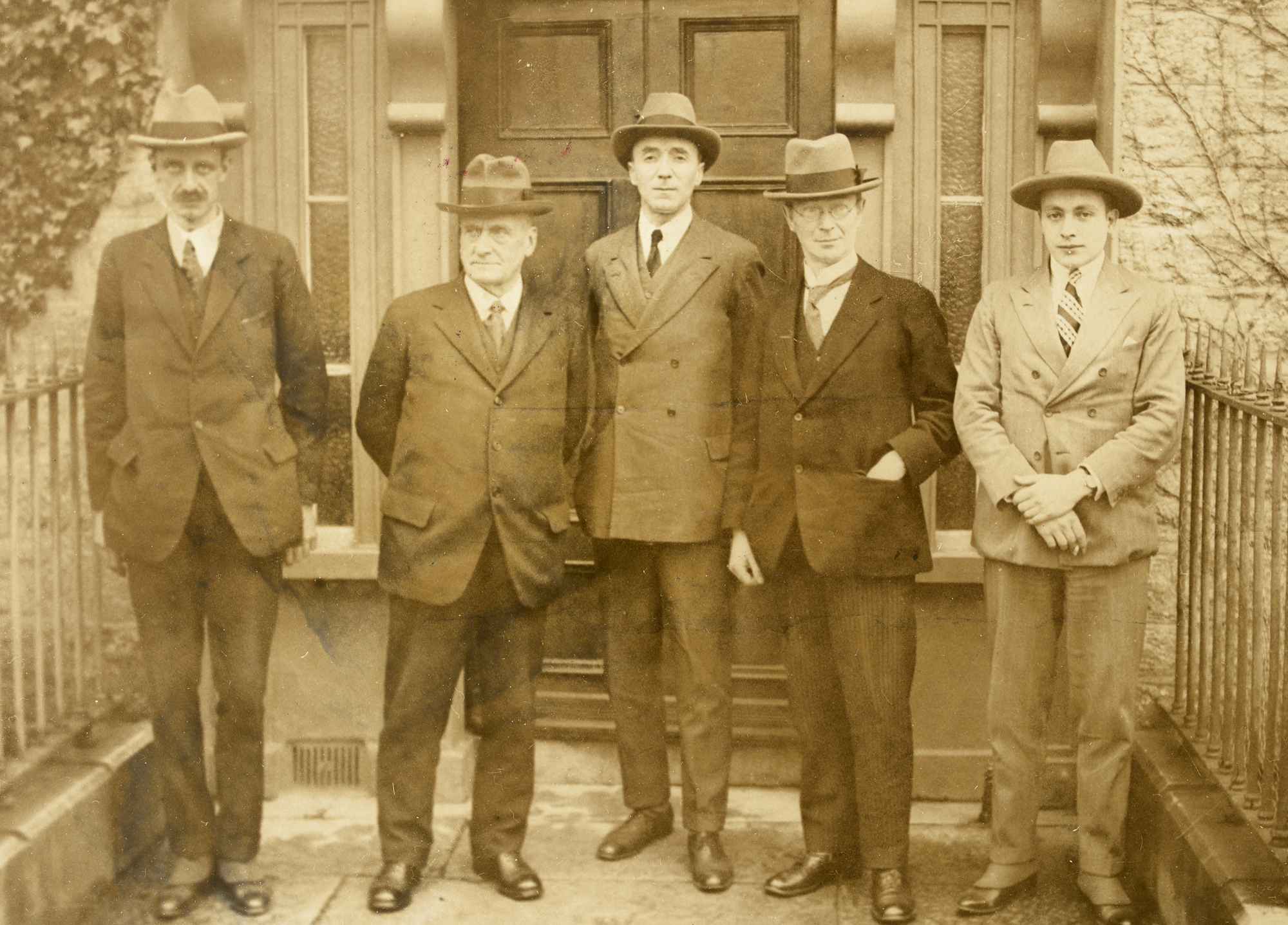 Try to find the date or year when this image was made.
Thanks for contributing!
In another rare visit to a seldom visited collection. As with other images in the Hogan-Wilson collection, typically this is from the period of the War of Independence/Civil War and aftermath. Indeed, some historians might argue that this was the seeding of future strife. The title, Irish Boundary Commission with their first Irish meeting, might indicate that there was a previous meeting elsewhere(?)