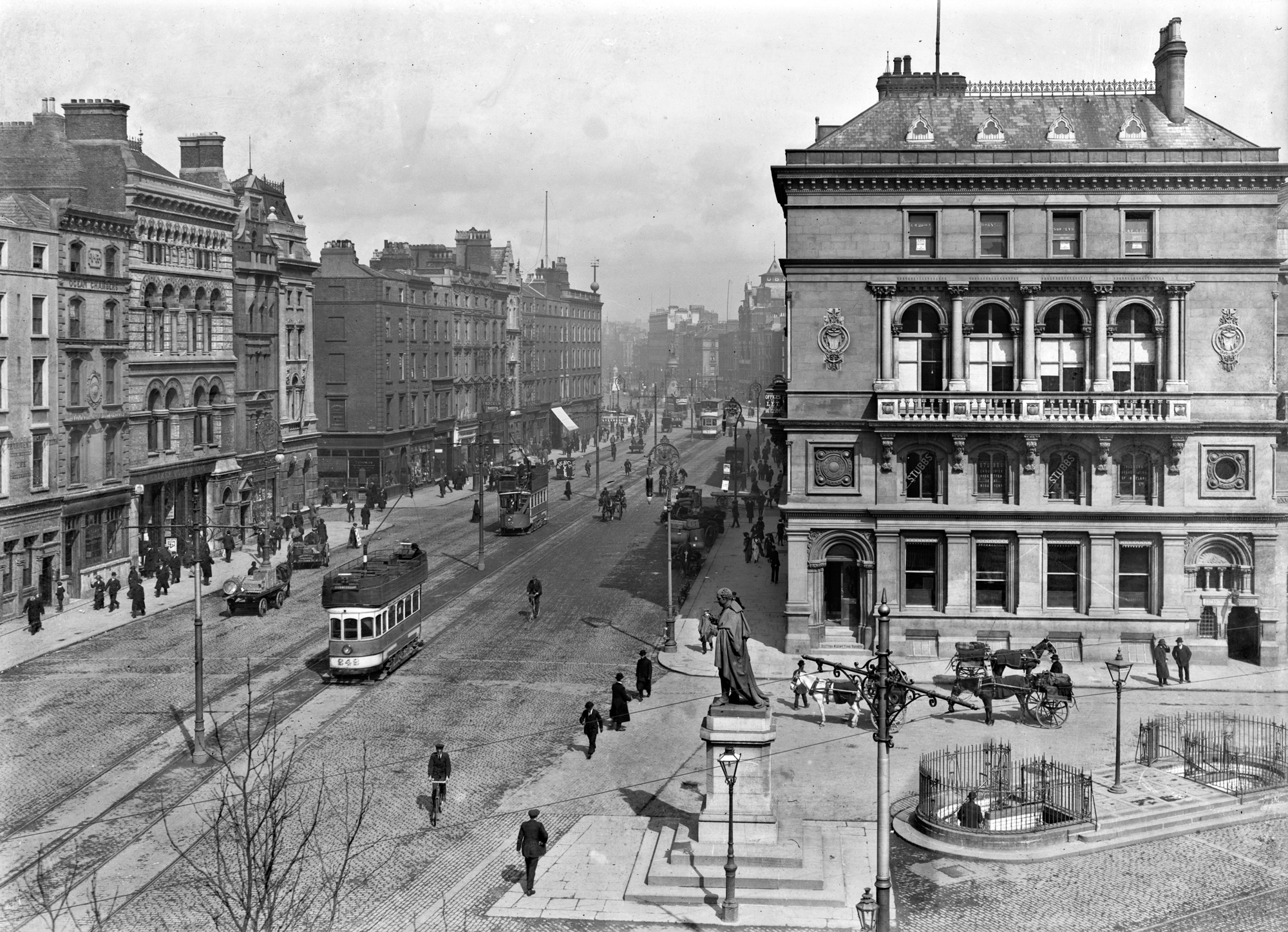 Try to find the date or year when this image was made.
Thanks for contributing!
This lovely shot of Westmoreland Street from a high viewpoint is from the Eason Collection, and is todays offering. It even includes a tram, or so the cataloguer says, but I can see a couple of others nearer the bridge. No bazaars or arcades here - but lots of people and modes of transport!

As location was already confirmed, much of the discussion (below) on this image centered on the date. The lower-end of the catalogue range (1900) seems about right - though Clery's and the Imperial Hotel signage in the distance might indicate a date after 1902. The upper-end of the range (1939) was definitively lowered - to 1916. As much of this streetscape (and not least the Dublin Bread Company building clearly visible) were destroyed during the events of Easter week 1916....