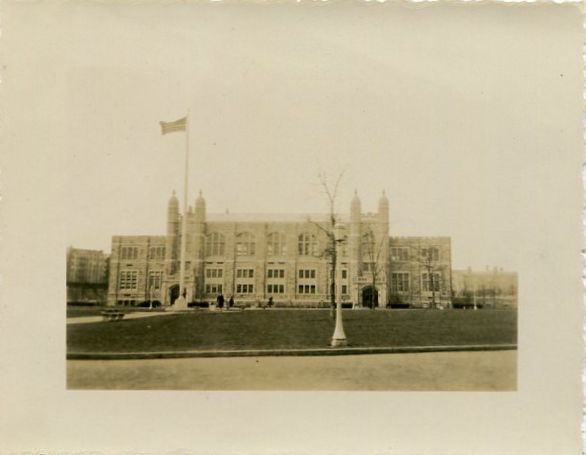 Try to find the date or year when this image was made.
Thanks for contributing!
Snapshot of the large gymnasium at Hunter College in Bronx, New York, in early 1943. The American flag is seen flying from a flagpole in front of the building. Photograph taken while Hilda Hines of Roanoke Rapids, N.C., was stationed at the college as a member of Platoon 2237 at the U.S. Naval Training Center (Women’s Reserve) for WAVES there [circa March-April 1943].