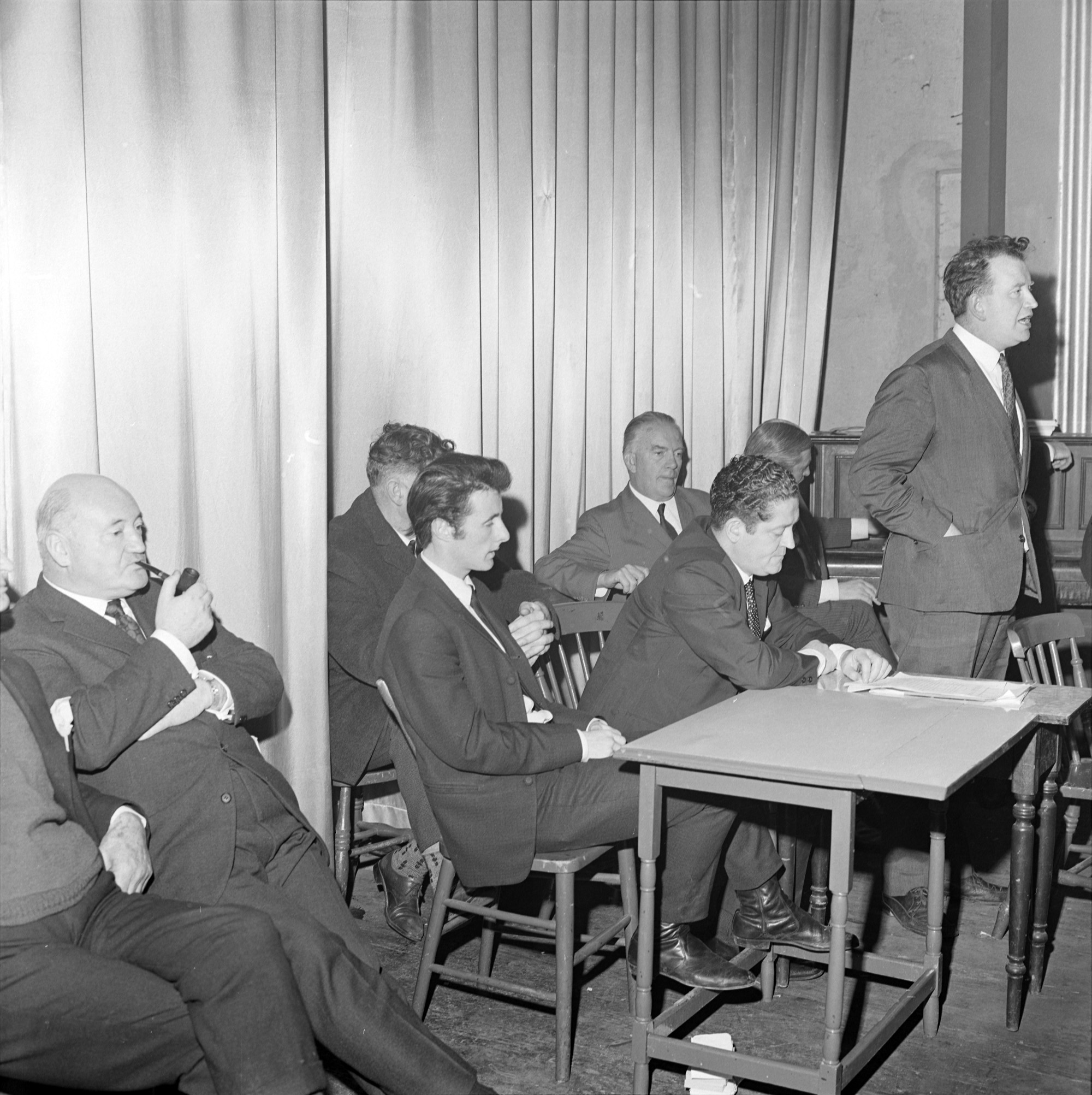 Try to find the date or year when this image was made.
Thanks for contributing!
Some very well-known political hairstyles in evidence in this Donegal photograph. Surprising, perhaps, for those times, that only one gentleman is smoking? Not surprising for those times, that there's not a female woman to be seen!

Rory_Sherlock proposes some names for our all-male panel, including several who held relatively high office like Brian Lenihan and Joseph Brennan. And Carol Maddock proposes a location - as Glenties in County Donegal. However, as the gremlins/pandas still seem to be gumming-up the mapping machine, I am not able to yet update the location. Now where is that number for Flickr tech support - I hope they are open in the evenings....