A whole lot of bull! 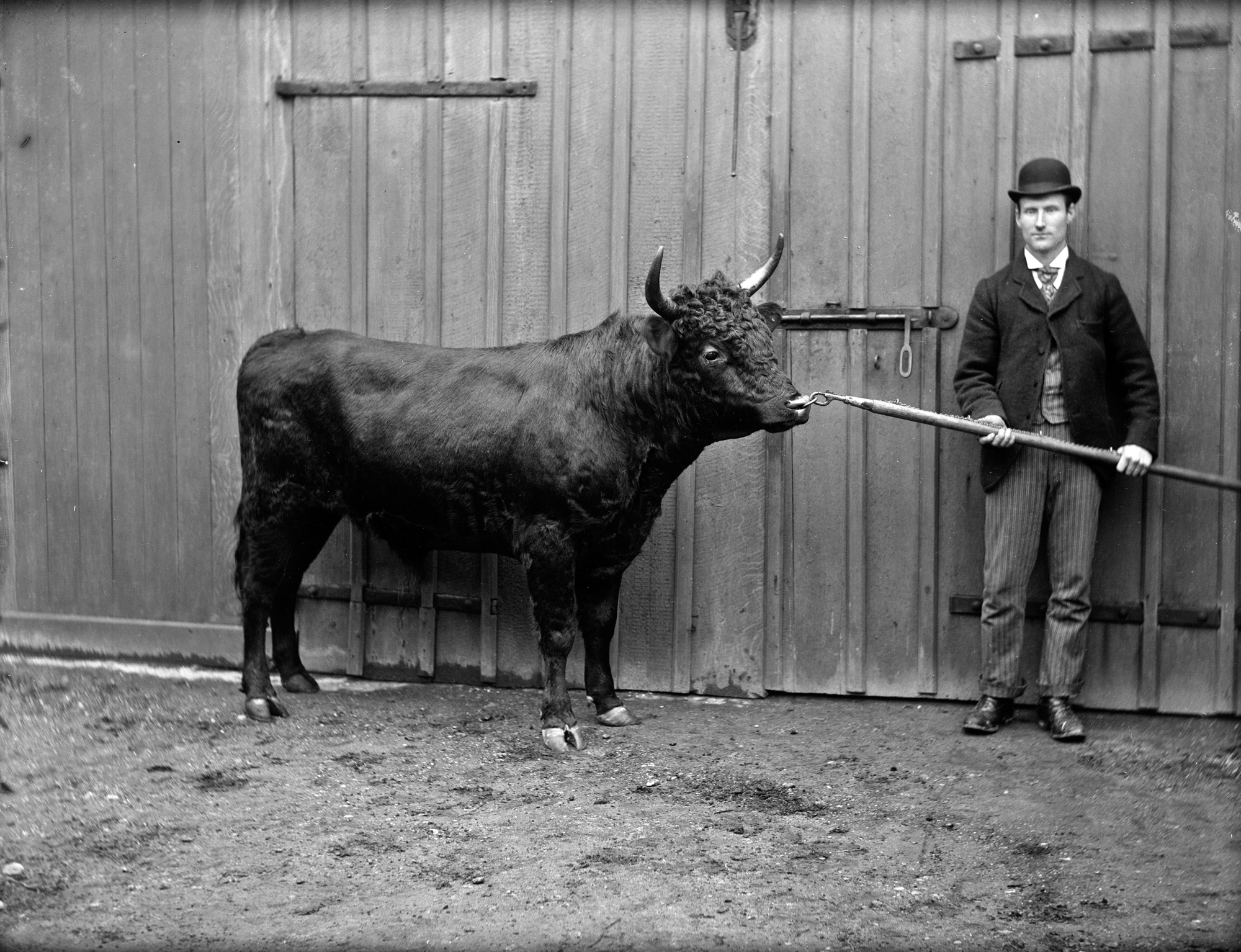 Try to find the date or year when this image was made.
Thanks for contributing!
In line with the many terrible puns scattered about like cow manure yesterday, we have the real thing today - a bull! While he is clearly a handsome beast with a fine set of horns, at the end of the day, he is just another married man with a ring controlling him.

Whether the Mr Glennine (or Glennie) who commissioned this Poole shot is the man in the bowler or not, as sharon.corbet suggests, it seems he was "land steward" at the Curraghmore Estate in the 1900s/1910s. Niall McAuley tells us that Curraghmore house and estate (which we have visited before and to which we've mapped this image) is still in the De Poer family. Dún Laoghaire Micheál provides some more information on the house and family in the comments below....