Bridge and Stronghold - The following plates are not lettered and therefore not authentic, Athy, Co. Kerry 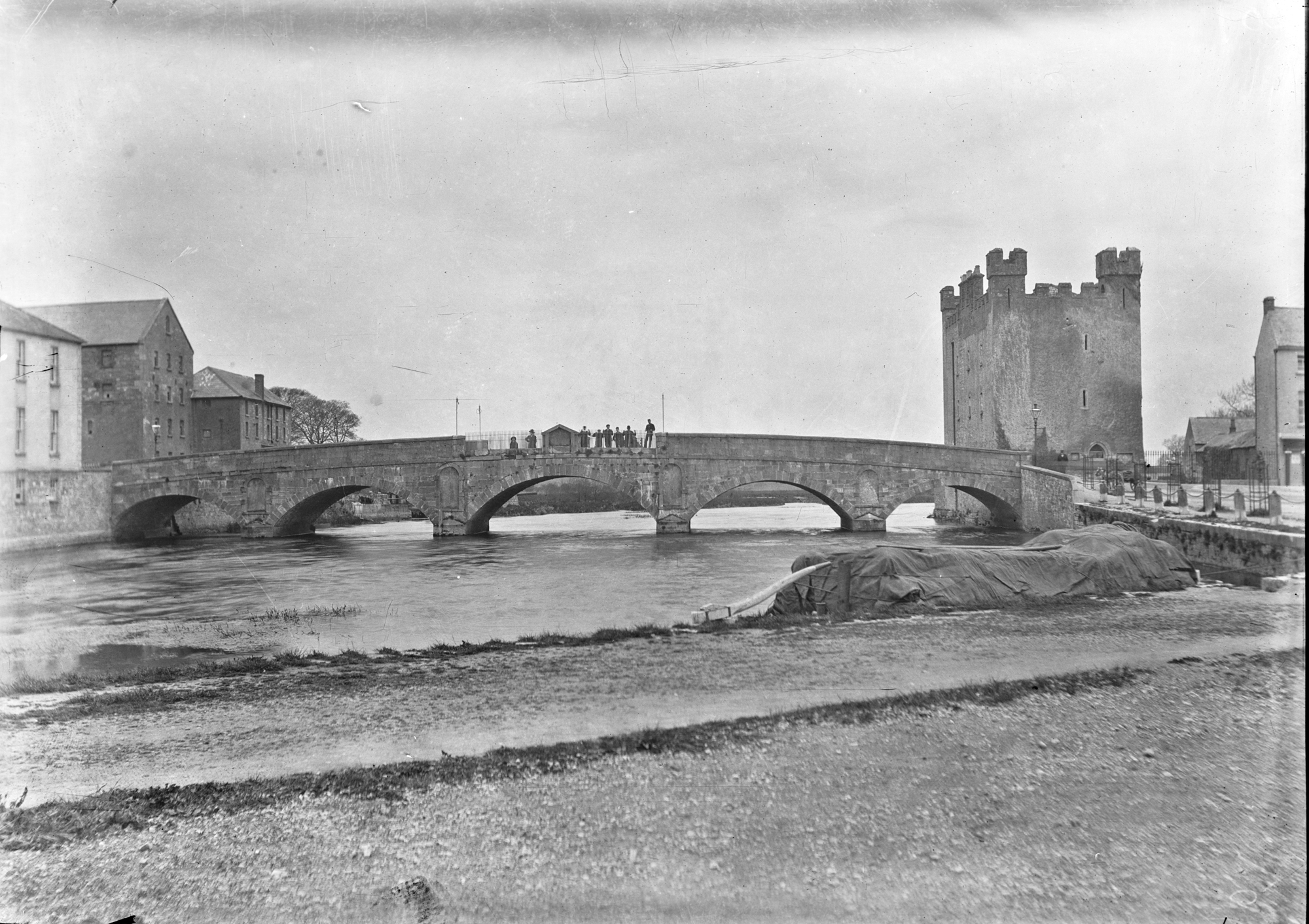 Try to find the date or year when this image was made.
Thanks for contributing!
This fine shot of the bridge and stronghold at Athy is from the Eason Collection. I have deliberately included the title as shown because it raises questions and of course Athy is NOT in Co, Kerry!
The staff at NLI include all information on a file as provided to them regardless of how inaccurate it may seem. When research clarifies the matter and they can include the correct information then they update the file and correct the error!

As today's commenters note, we've visited the delightfully named Cromaboo Bridge and White's Castle each previously. ɹǝqɯoɔɥɔɐǝq suggests that (based on the ivy growth on the castle, and possibly coroberated by the fashions visible on the megazoom[tm]) today's image may predate the previously shared image of White's Castle - which was proposed to date to the 1920s or later....