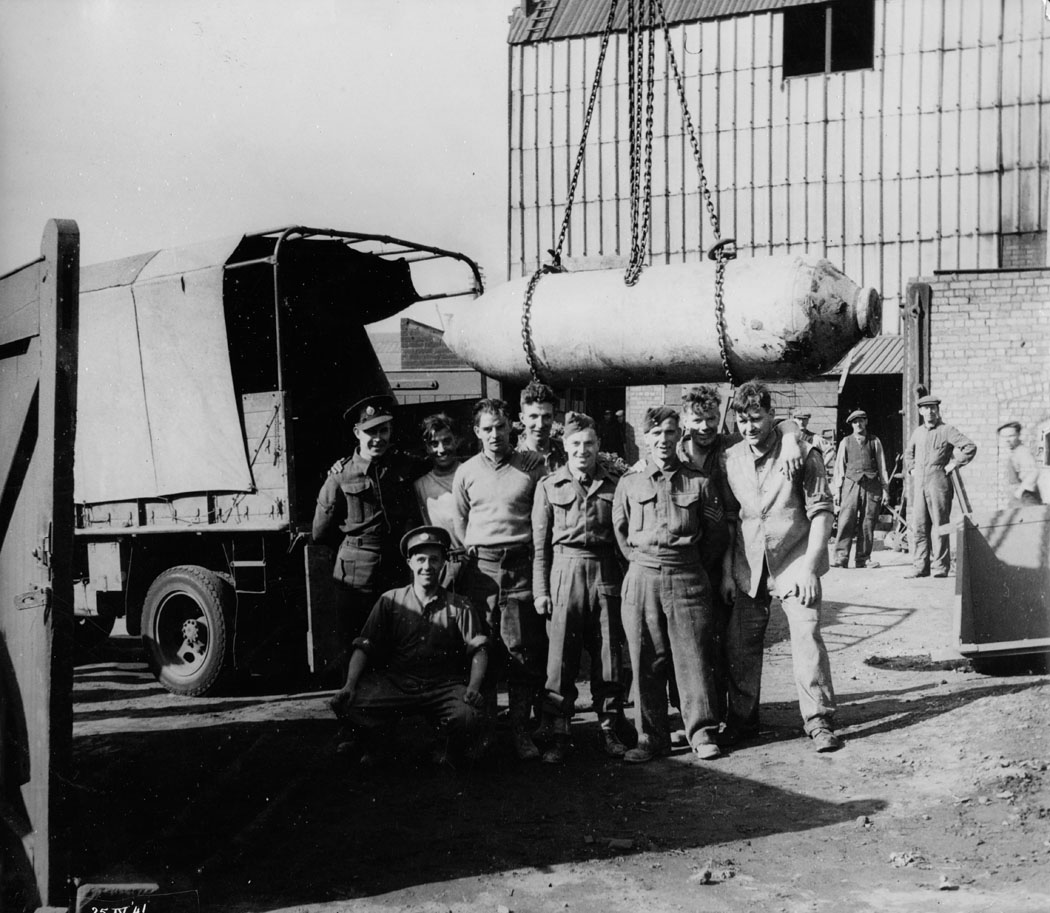 Try to find the date or year when this image was made.
Thanks for contributing!
Removal of an unexploded bomb, South Shields, 25 April 1941 (TWAM ref. DS.RDD/5/8/4). This photograph is part of the John Readhead & Sons collection but it's unclear whether the image was taken at the firm's shipyard or another location in South Shields.