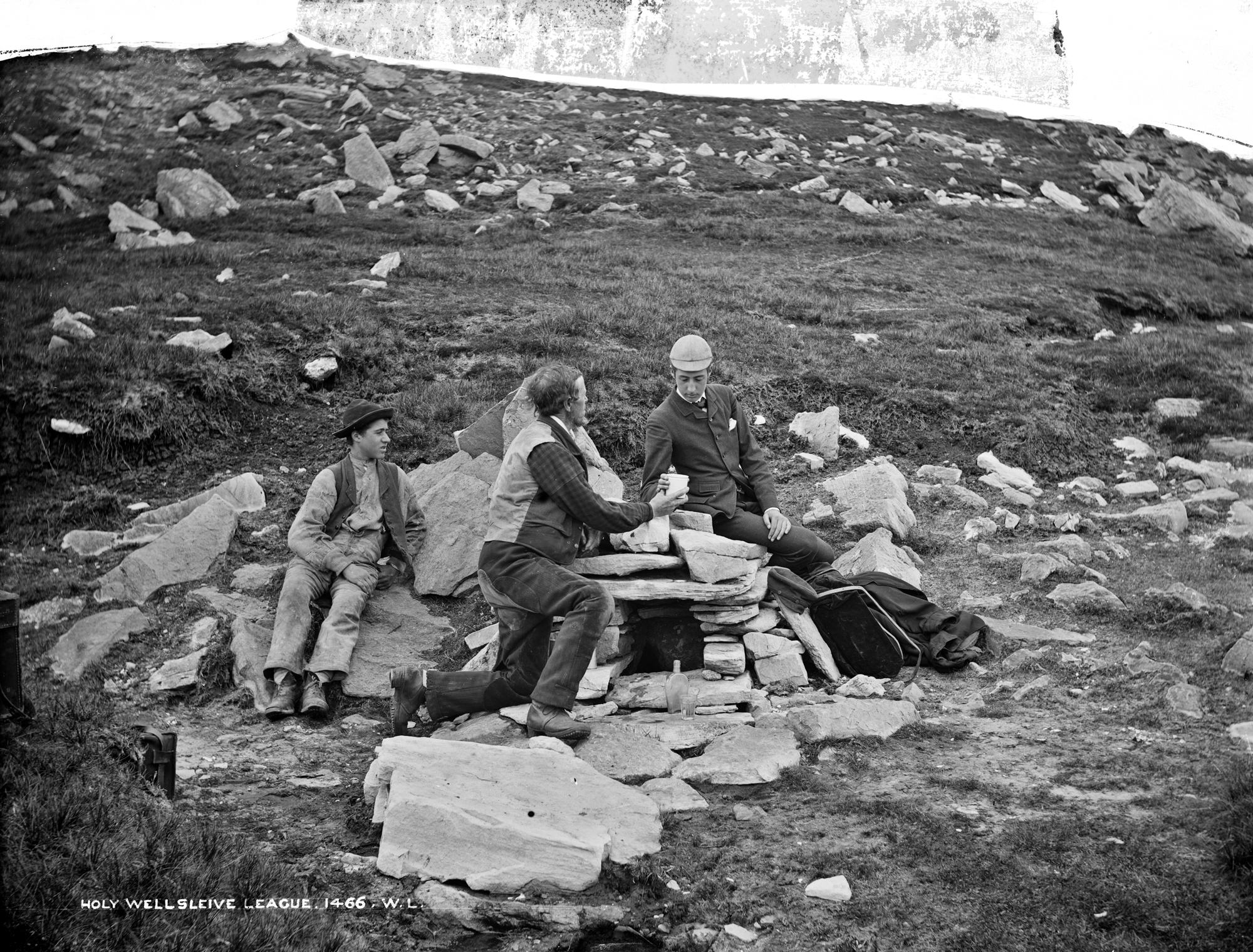 Try to find the date or year when this image was made.
Thanks for contributing!
From the commerce of Portadown to the faith and the cure in Slieve League, Co. Donegal! This fine shot of a group at a Holy Well seems to show two locals offering a passing tourist a drink of water from the well. The dress of the tourist and the items laid down beside him would indicate that he may have been hiking. And the solid and hob nailed boots of the man at the front of the well might show that he is a guide rather than a keeper of the well(?)

Thanks to today's contributors we're able to map this to the paths of Slieve League - if not perhaps the exact spot. Inputs from beachcomberaustralia offer some thoughts on the scene (and that the touristy looking chap may be a cyclist rather than a dedicated hiker). Beachcomber shares an extract from an 1897 tourist visit to the area. And points out that other sights mentioned in that extract are also covered in the catalogue - suggesting that perhaps the areas wasn't quite as remote and untouristed as we might first have imagined:

The whole forenoon should be devoted to exploring the cliff scenery of Slieve League. A cycle can only be utilised for a few miles from the hotel, but a pony can be hired for 5s, which sum is the charge for a guide also [...] The "One Man's Path," near the summit of Slieve League, is a trip for the strong nerved [...] The saint's cross, his bed, and his well can be seen; and many quaint legends gathered [...]
- Clarence and Richmond Examiner, NSW, September 1897