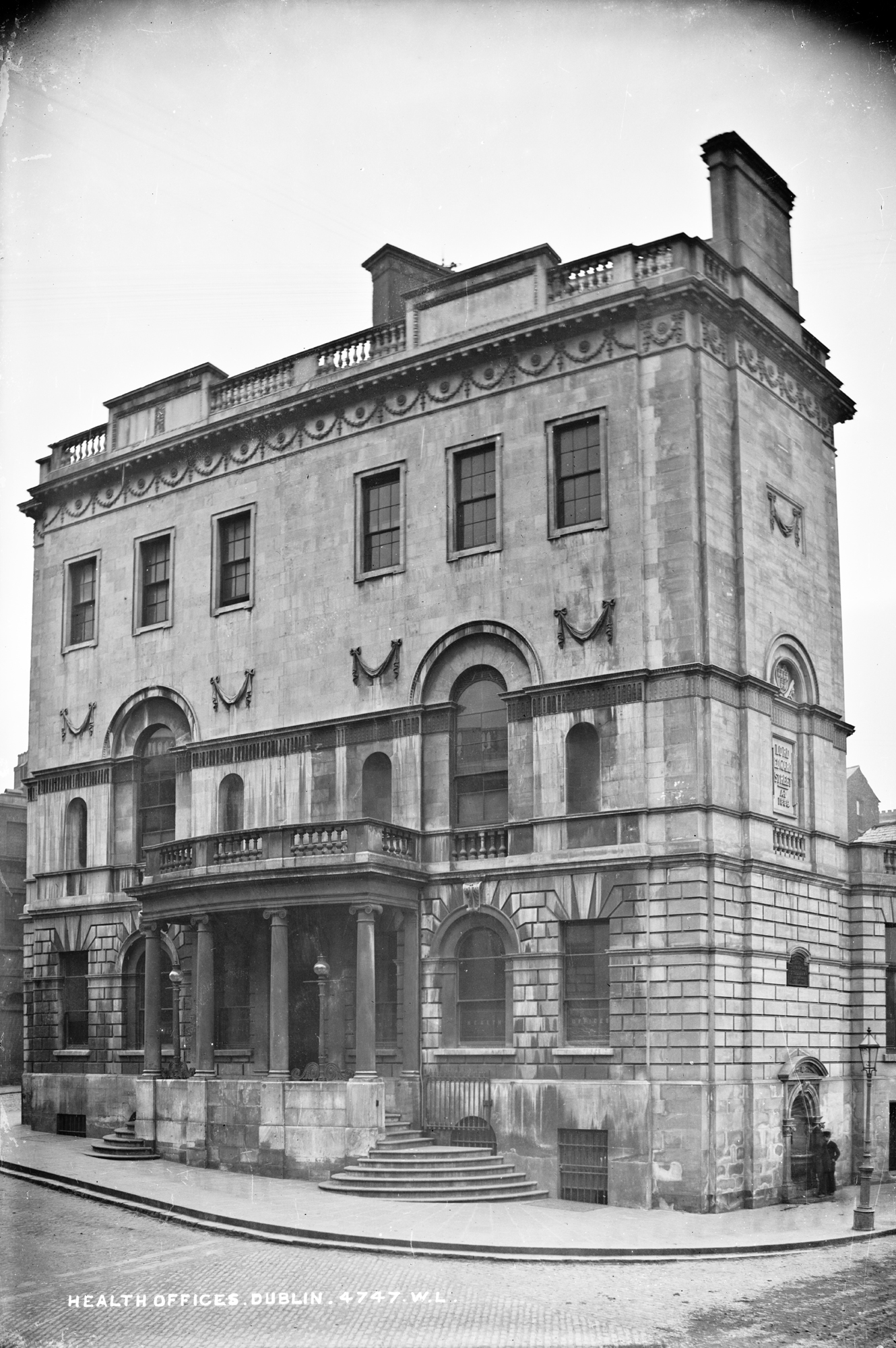 Try to find the date or year when this image was made.
Thanks for contributing!
While this beautifully ornate building is familiar to me I would never have known it as the "Health Offices"! Finding it on Streetview shouldn't take too long in any event!

And indeed B-59 had linked the Streetview in a flash - with details on the building itself quick to follow. As per the various notes in the comments, this building (formerly the Newcomen Bank) would be known to most Dubliners as the city Rates Office (rather than the Health Office it clearly was at the time of this image). The original bank building was to the left, with an entrance on Castle Street. First opened in the 1780s, it was significantly extended in 1856 and 1884 - with an entire new double frontage added as we see here on Cork Hill. While this certainly dates from after the 1880s remodeling, we are still hopeful of refining the date further (possibly if we can find out when building's use changed from municipal health office, and to the rates office it is known as today....)