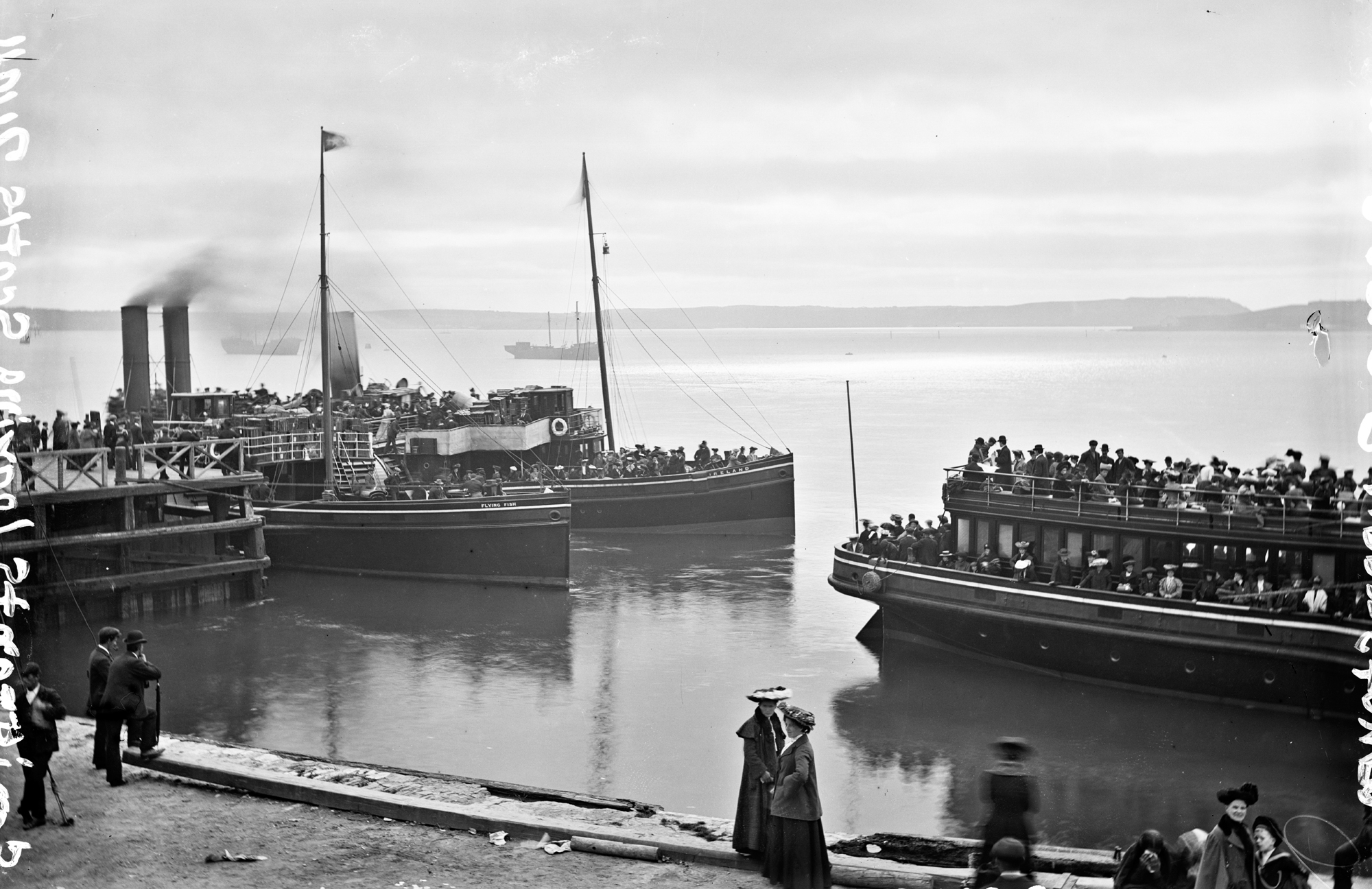 Try to find the date or year when this image was made.
Thanks for contributing!
The "American Wake" is just a memory as the emigrants take to the tenders so that they may be transported to the liner that will carry them to the brave new world of opportunity. What mixture of excitement, sadness, anticipation and hope must have filled this scene as it was photographer by Robert French? We, today, can only imagine the sense of finality and loss that scenes such as this represented back when this was taken!

There's lots of information offered on the pier and tenders captured here - and more than a little refinement on the 20-year range suggested by the catalogue entry. On the pier, today's contributors point-out that it is still standing (just about) and was the departure point for White Star Line passengers. We see three passenger/luggage/mail tenders at the wharf. Though at least one is flying the flag of the the White Star Line, these steam tenders belonged to the port. The tenders are confirmed as "Ireland" (launched 1891), "Flying Fish" (launched 1886), and one other. This helps narrow the range to the 1890s (or possibly first few years of the 1900s). The "Ireland" seemingly tendered passengers of the Titanic, and the "Flying Fish" was involved in rescuing survivors of the Luisitania disaster - making the colloquial name of the wharf, "Heartbreak Pier", all the more poignant....