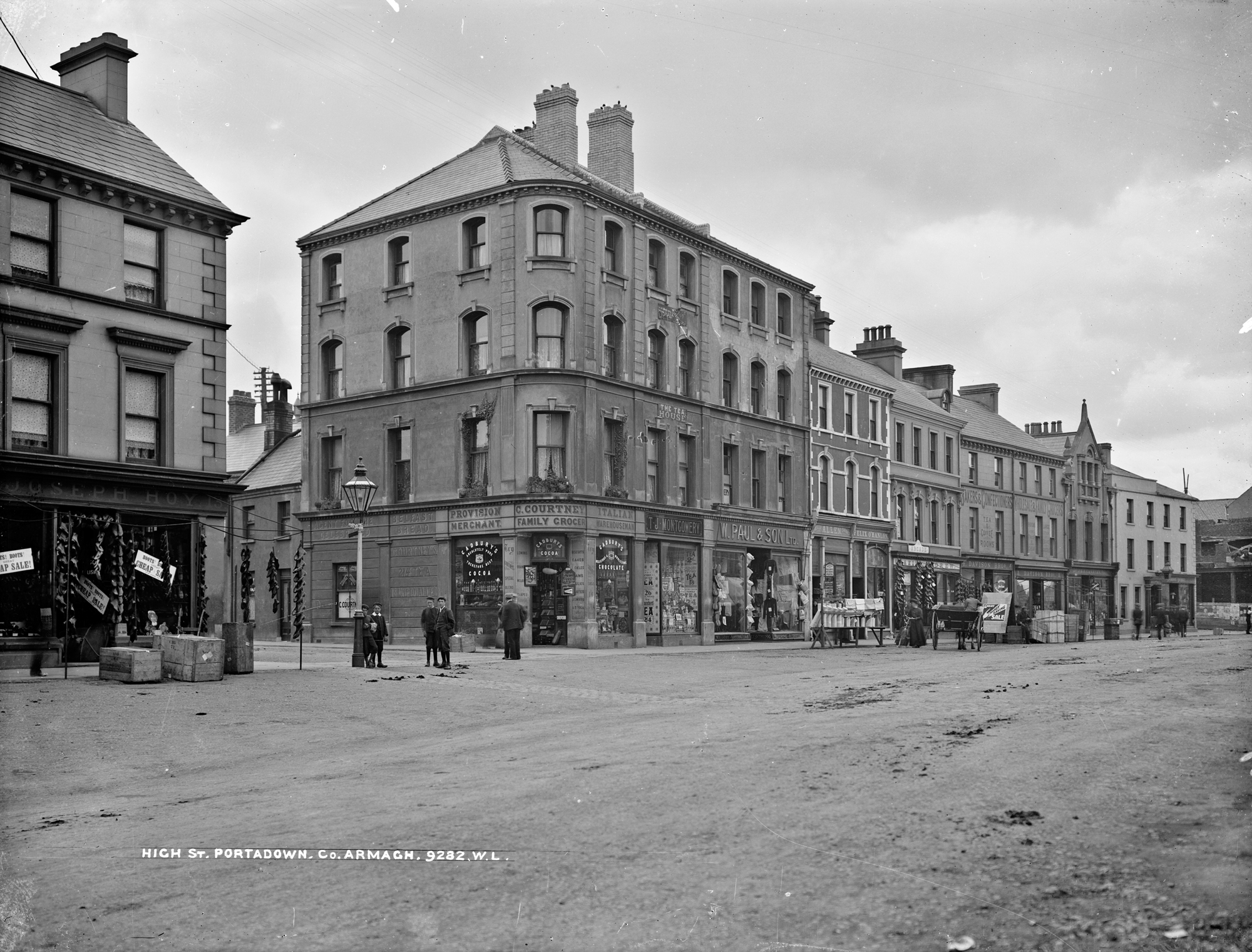 Try to find the date or year when this image was made.
Thanks for contributing!
Up to the "wee North" today with a fine Lawrence shot of High Street in Portadown. A fine broad street, big well-built premises, gas lamps, and horse apples in abundance - all might mean this was late 1800s...?

....Or perhaps not the late 1800s after-all. Thanks to today's contributions (and the high-res megazoom version) the community's eagle-eyes spotted an apparently dated shop-window display suggesting a date of 1906. Niall McAuley's census and street-directory investigations would seem to corroberate this - as Hoy's boot-sellers (far left) seem to have left Portadown sometime between 1901 and 1910. Perhaps the "cheap boots sale" we see advertised was actually a closing/relocation sale? Courtney (the "Italian Warehouseman"?) seems to have been around for a few years after this image. And is it no wonder he did a busy trade, given that (as advertised) he always had "pickles in stock"! :)