At last - A dog accompanied by a woman! 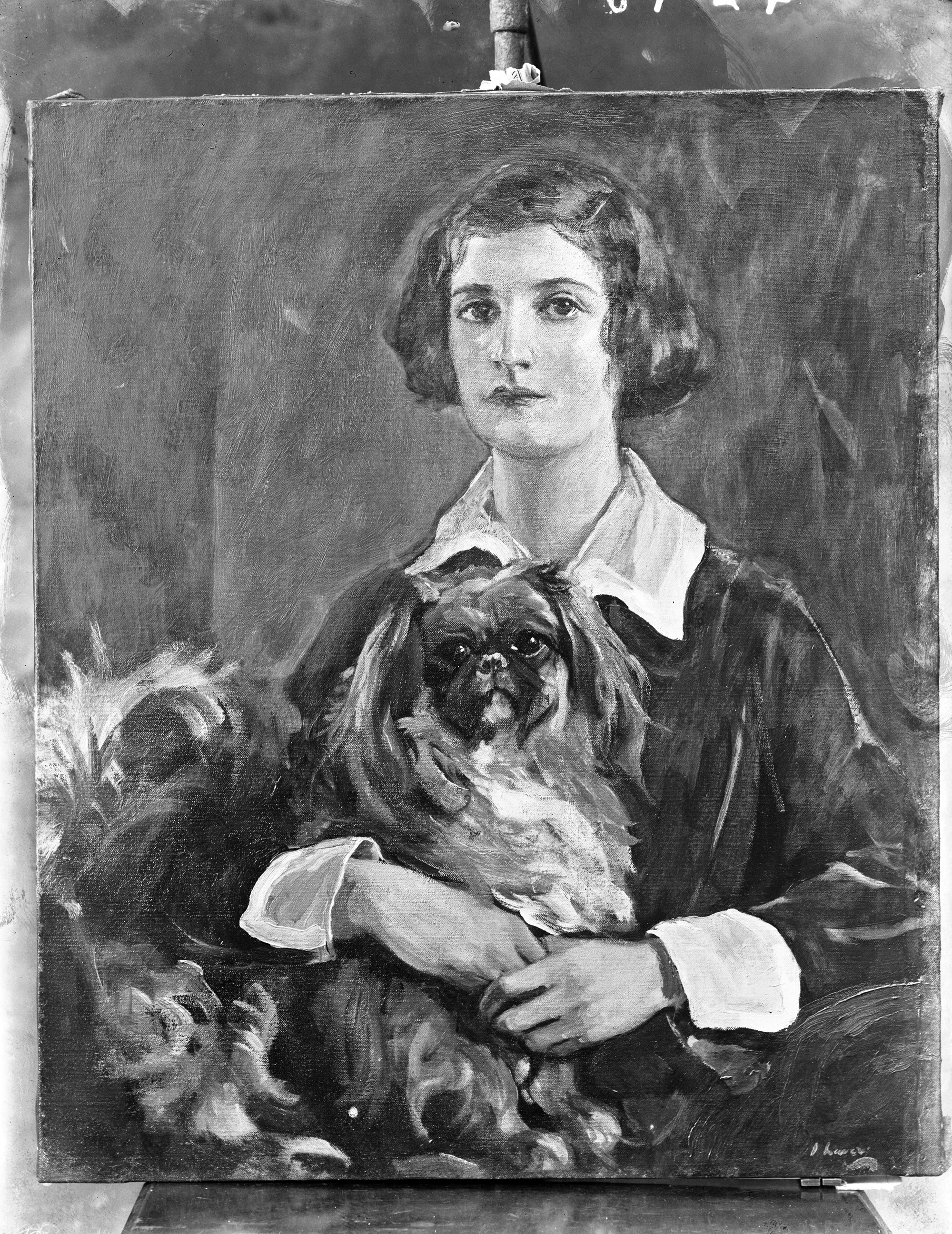 Try to find the date or year when this image was made.
Thanks for contributing!
'Painting by Sir John Lavery for Mrs. McEnery, Kilmoganny' is the catalogue title for this shot from the Poole Collection. Featuring a dog allowing itself to be held by a young lady it looks a really lovely portrait. I am no dog expert but it appears to me to be a Pekinese which would have been quite uncommon at that time. Who is the subject and can we date the painting itself?

Based on inputs from Niall McAuley, BeachcomberAustralia, and sharon.corbet the general consensus is Sir John Lavery painted this in the 1910s. If so it could well be a portrait of his step-daughter Alice Trudeau (born c.1904), and she later commissioned a copy herself, as Mrs. McEnery. Some time after he marriage to a Jack McEnery in 1930. Seems imminently plausible to us Marys.....