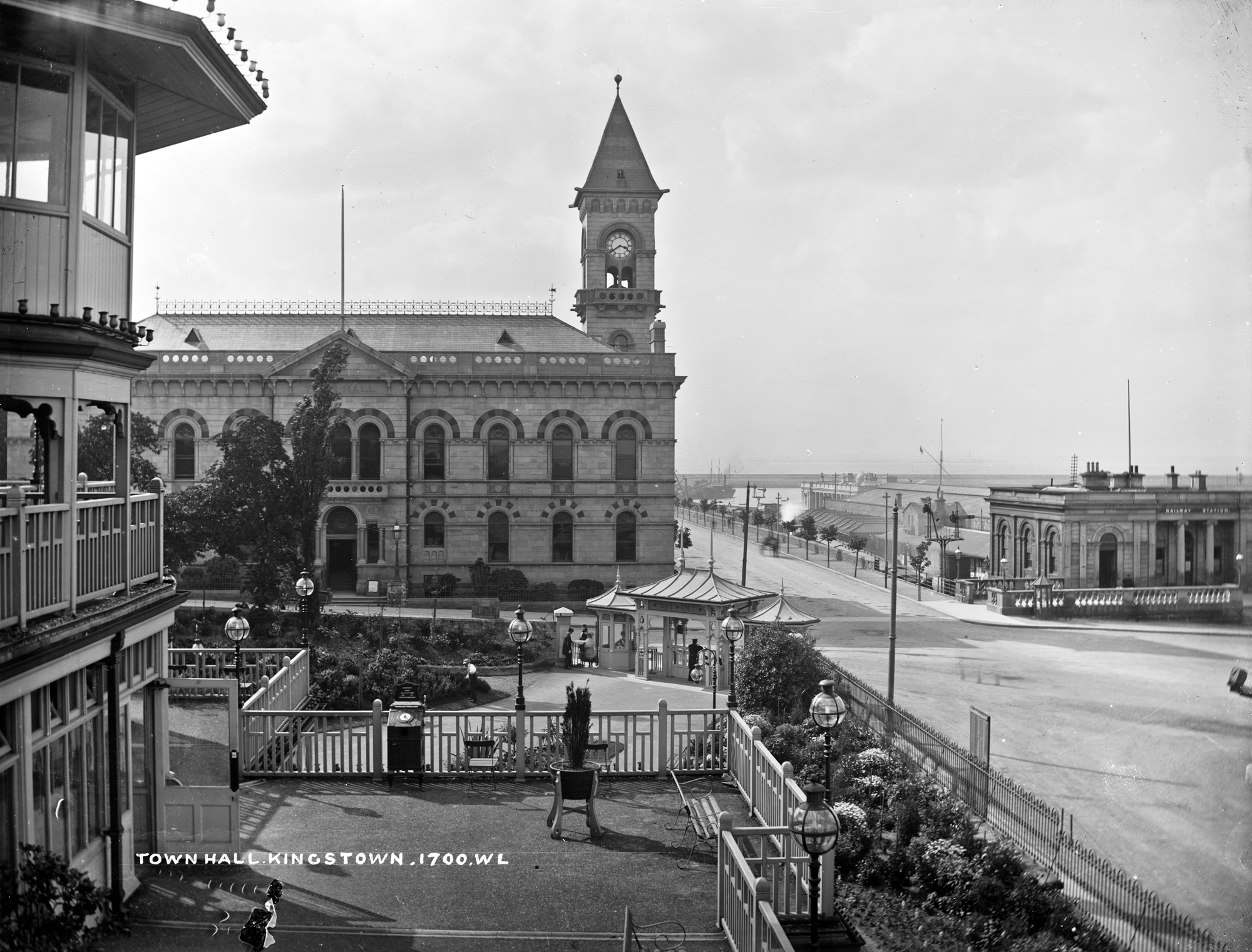 Try to find the date or year when this image was made.
Thanks for contributing!
An unusual shot from Robert French in that the POV of the subject matter is so limited and obstructed by other buildings. How much has changed in the intervening period and when was this likely to have been taken?

Though the titular subject of the image is the town hall in Kingstown, now Dún Laoghaire. much of today's discussion was on the Pavilion Gardens Kingstown in the foreground. This waterfront attraction (with its concert hall, roof top garden, smoking/reading/tea rooms, flower beds, waterfall, bandstand, and bowling green) was opened in 1903. Which pushes the upper date in our catalogue range back a little. It seems likely, based on today's discussion, that this image was captured a few years after the official opening - perhaps c.1905....