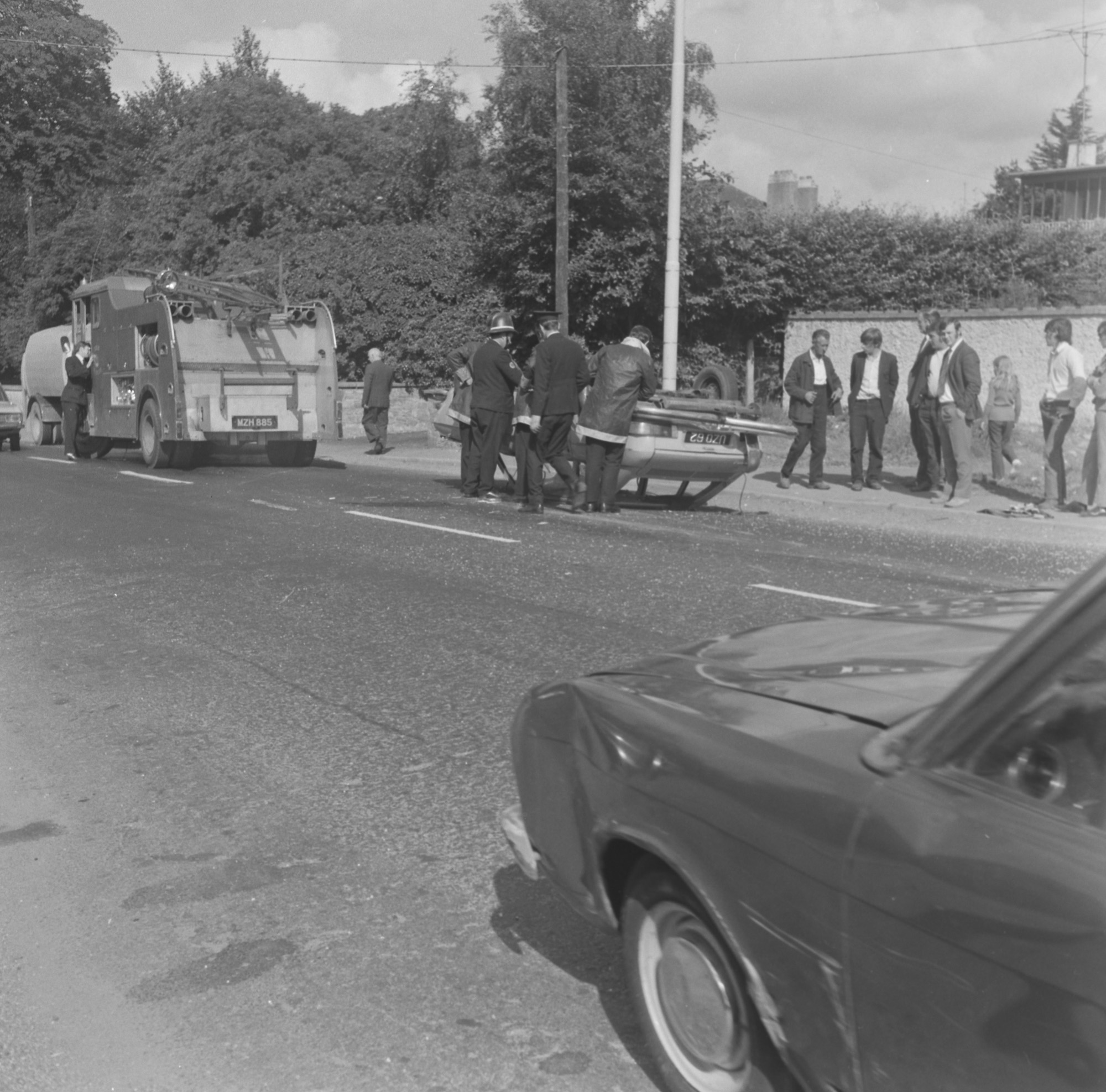 Try to find the date or year when this image was made.
Thanks for contributing!
Mr. O'Dea doing a bit of photo journalism and catching the action almost as it happens? The scene of a collision and quite a serious collision at that with one of the cars on its roof. In 1971 seat belts were a luxury that few possessed and even fewer used so the chances of serious injury were so much greater from accidents such as this!

The general consensus is that the the catalogue description is correct and that this was captured at Templeogue Bridge. O Mac tells us that, unlike his other photos where he travelled the length and breath, O'Dea may have come just 300 yards from his own home to capture the local drama. Someone's insurer might have been interested in the resulting shot....