Waiting for the coming? 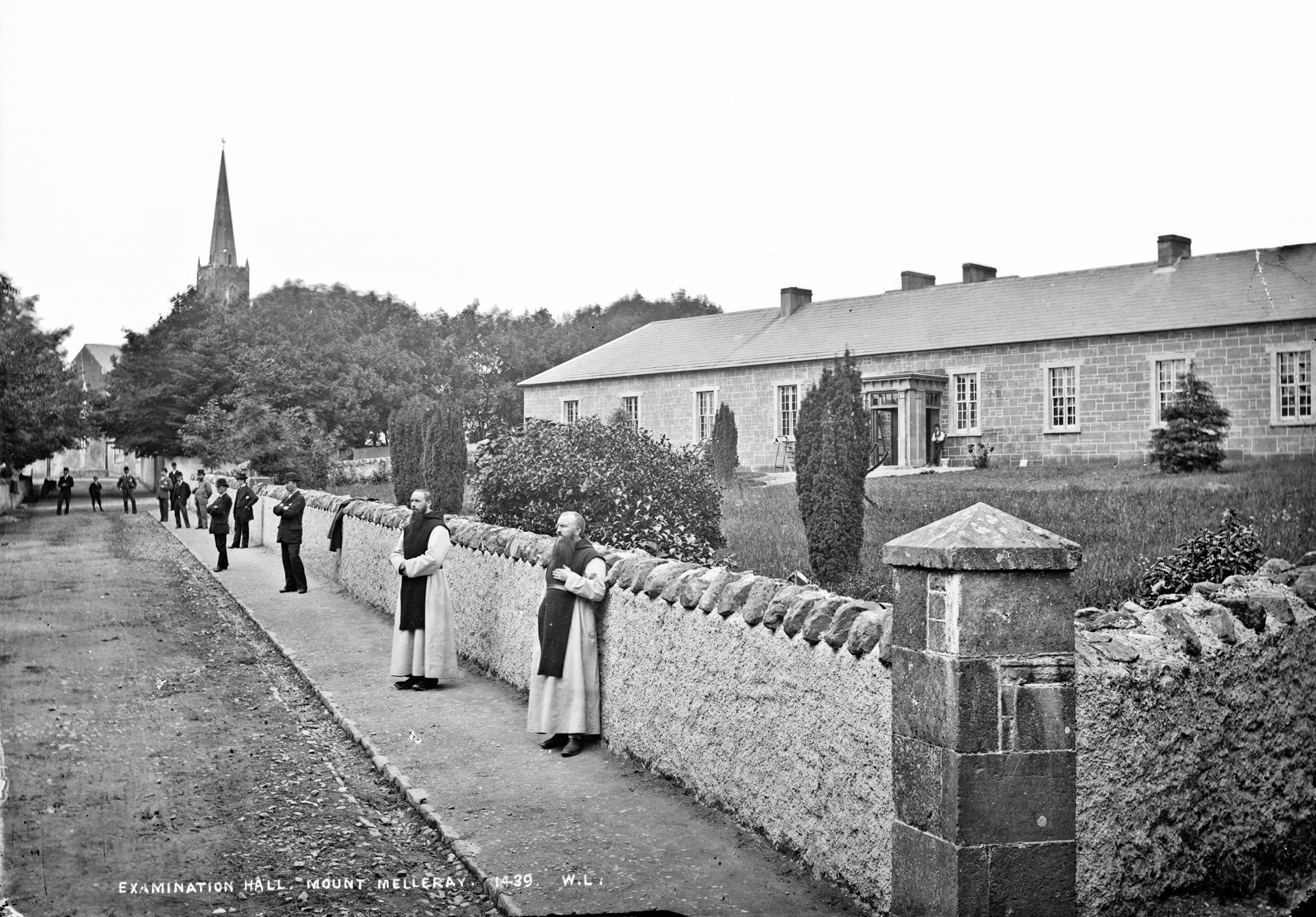 Try to find the date or year when this image was made.
Thanks for contributing!
While the image is entitled "Examination Hall, Mount Melleray", what is really interesting is the stance of the monks and other men along the avenue. They seem to be waiting on an arrival - but of what or whom??

Based on input from RorySherlock and Niall McAuley, we are happy to map this to the location of the (now demolished) exam hall of the Mount Melleray abbey and seminary. Niall McAuley and sharon.corbet also help us refine the date range - narrowing the 5 decade catalogue range to perhaps 2 decades or so around the 1870s/80s. On the subject, we're still unsure as to what's happening. However, as today's commentators point-out, there is more than a few similar examples in the collection. Perhaps indicating that this seemingly odd arrangement of subjects wasn't a "one off". And maybe therefore what's captured here is a routine monastic observance of some kind.....