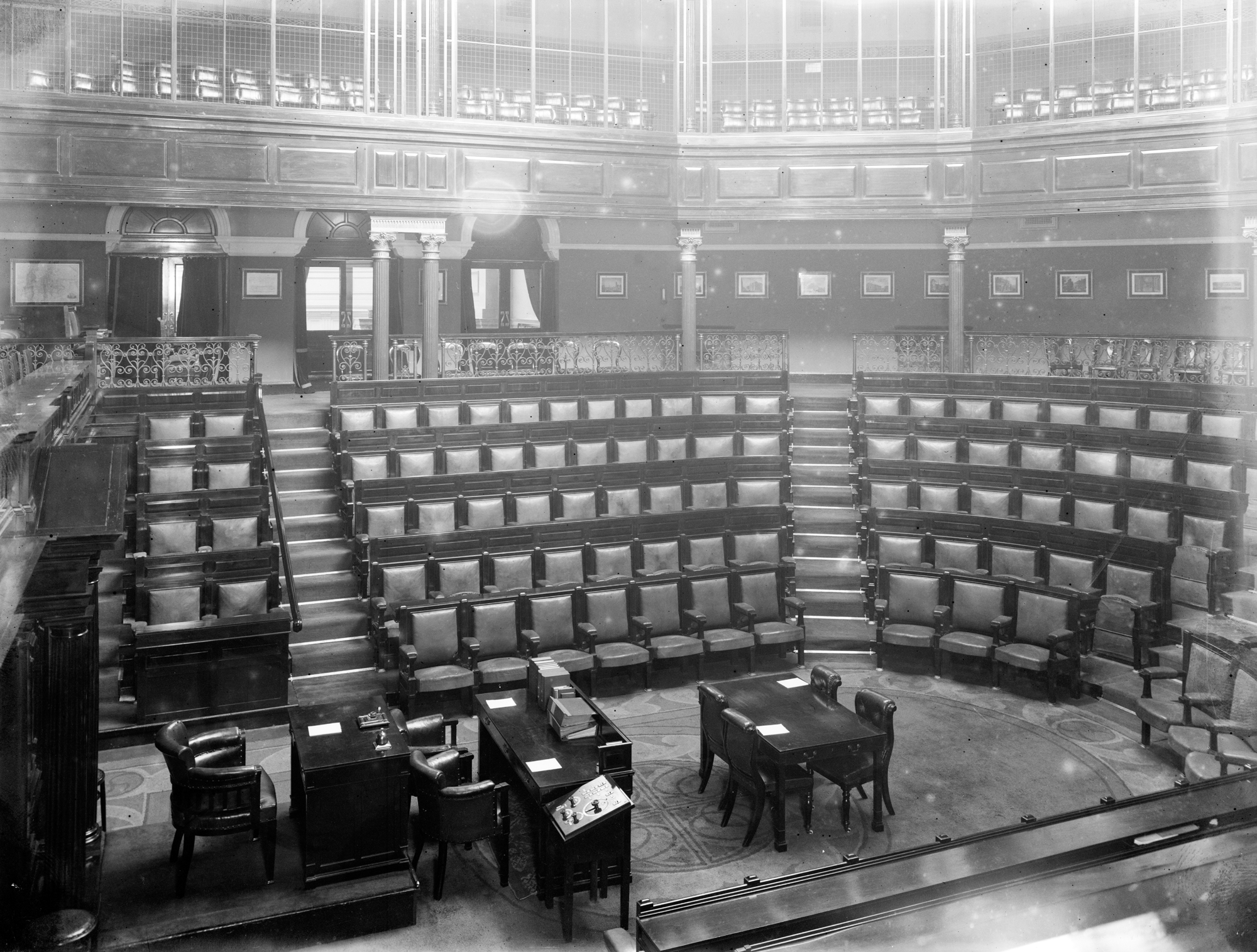 Try to find the date or year when this image was made.
Thanks for contributing!
Until the advent of television, sights such as this were relatively rare, the inside of the national parliament was considered almost sacrosanct. Now the activity there is streamed live, relevant clips appear daily on the news channels and people are familiar with the appearance and décor.

As Niall McAuley notes, the main parliament chamber at Leinster House was originally a lecture theatre leased from the Royal Dublin Society. It was bought outright for Dáil use, and redesigned in the mid-1920s (likely putting this image after that date)...