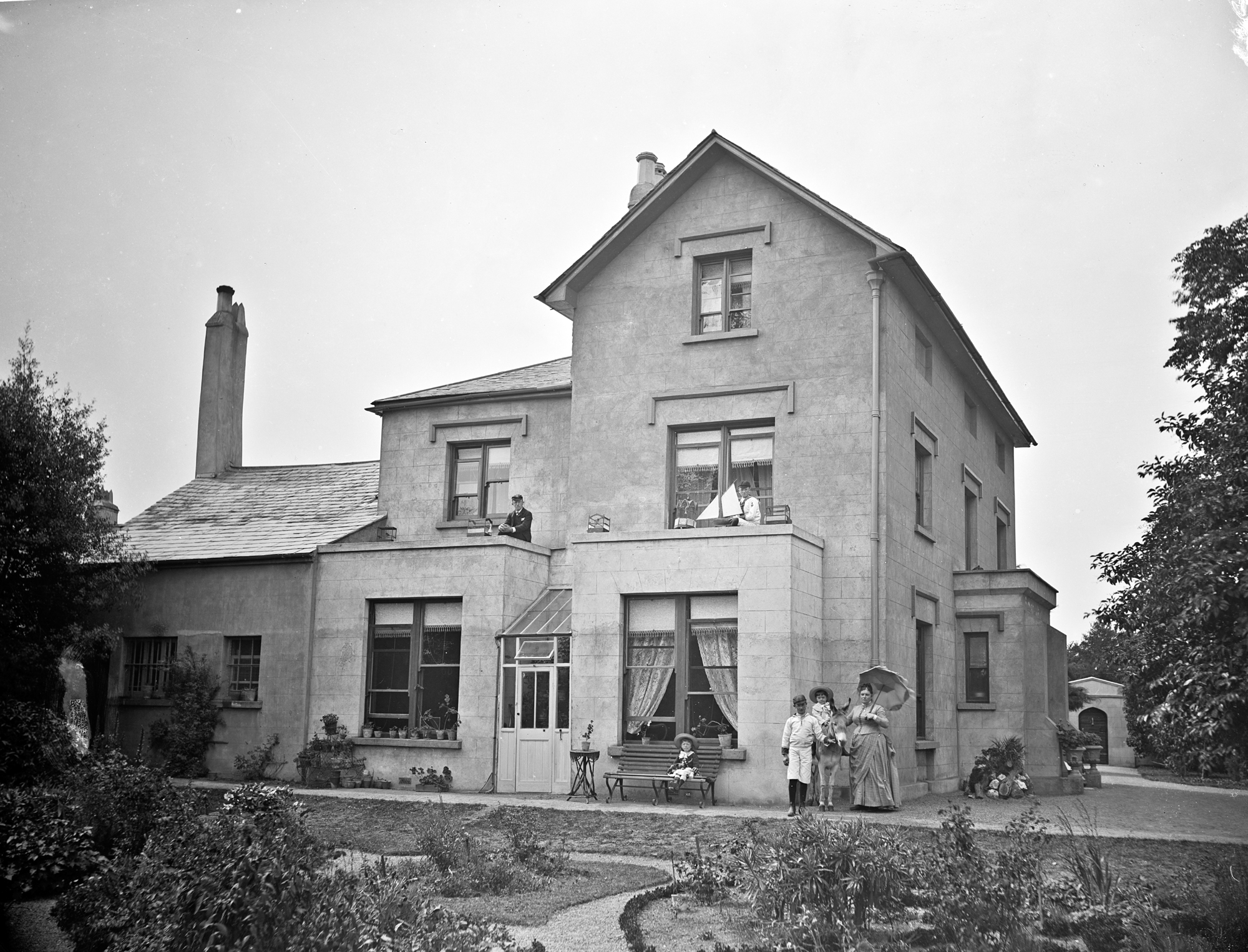 Try to find the date or year when this image was made.
Thanks for contributing!
A funny looking house all cobbled together making what somebody thought was a Swiss Cottage? This fine, carefully posed photograph from Mr. Poole has a family showing off their finery and their toys! Their dress would indicate that the shot was taken earlier in the date range rather than later? Where is/was it and who were the lucky family?

As usual, the answers weren't long coming. The "where" was confirmed as Swiss Cottage, Newtown Road, Waterford, and the "who" as the Fanning family. The "when" is less certain, but - despite the catalogue range - possibly a few years earlier than the 1901 census....