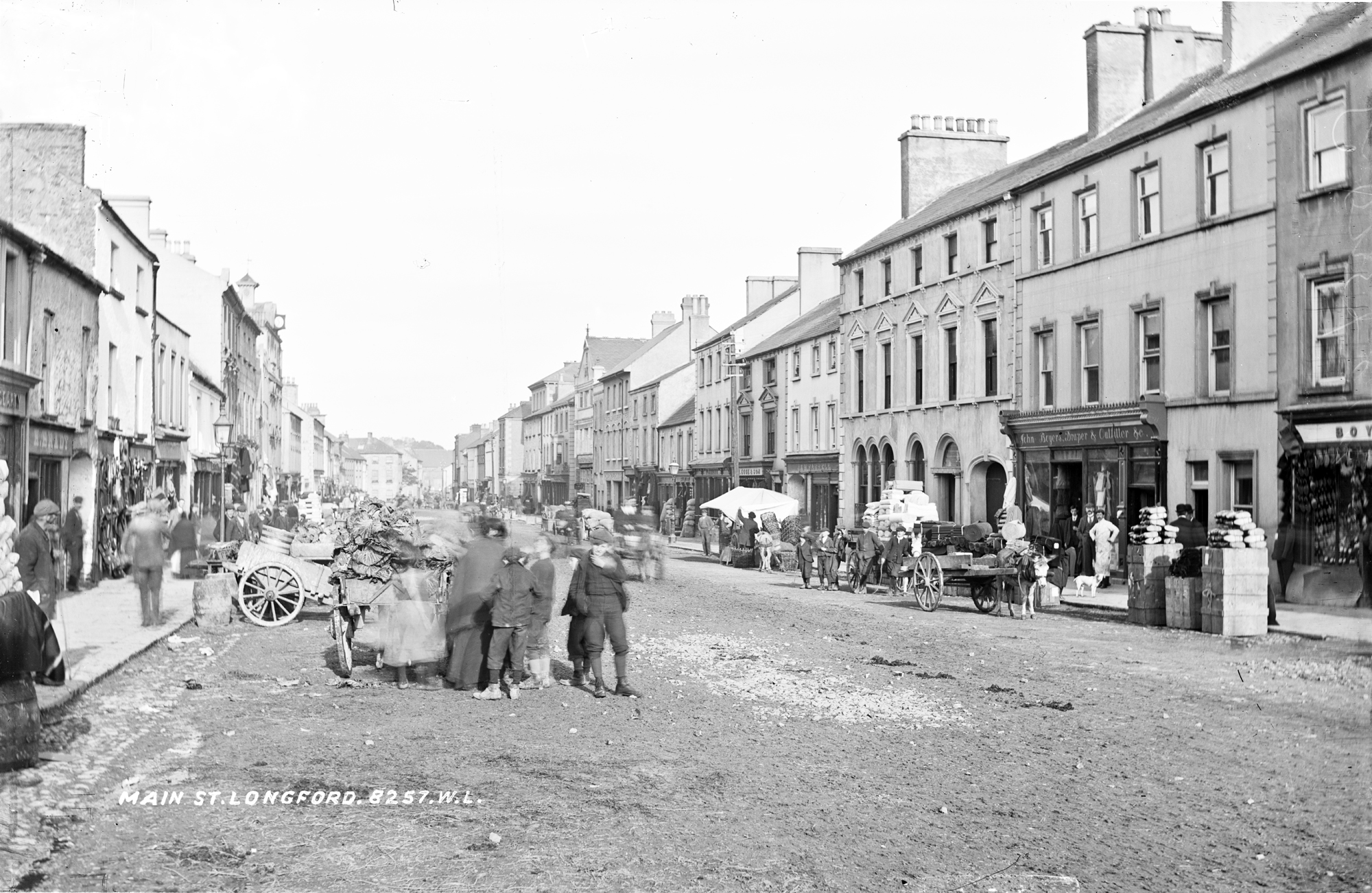 Try to find the date or year when this image was made.
Thanks for contributing!
Starting this week with a Lawrence image of Main Street, Longford on a busy market day! I love shots like this with a wealth of detail, lots of people, animals, carts and produce on display. It will be difficult to date this from the evidence on view but we can enjoy all the atmosphere that Mr. French has so beautifully captured.

The general concensus on date is that this image was captured after 1901. The rationale being that, while we can see the shop of J&M Farrell (brothers) in this image and the 1911 census return, at the time of the 1901 census, John and Michael Farrell were "serving their time" separately in other retail businesses on the same street. Hence this image surely dates after 1901 - as, at that time, they hadn't yet set up shop together.....