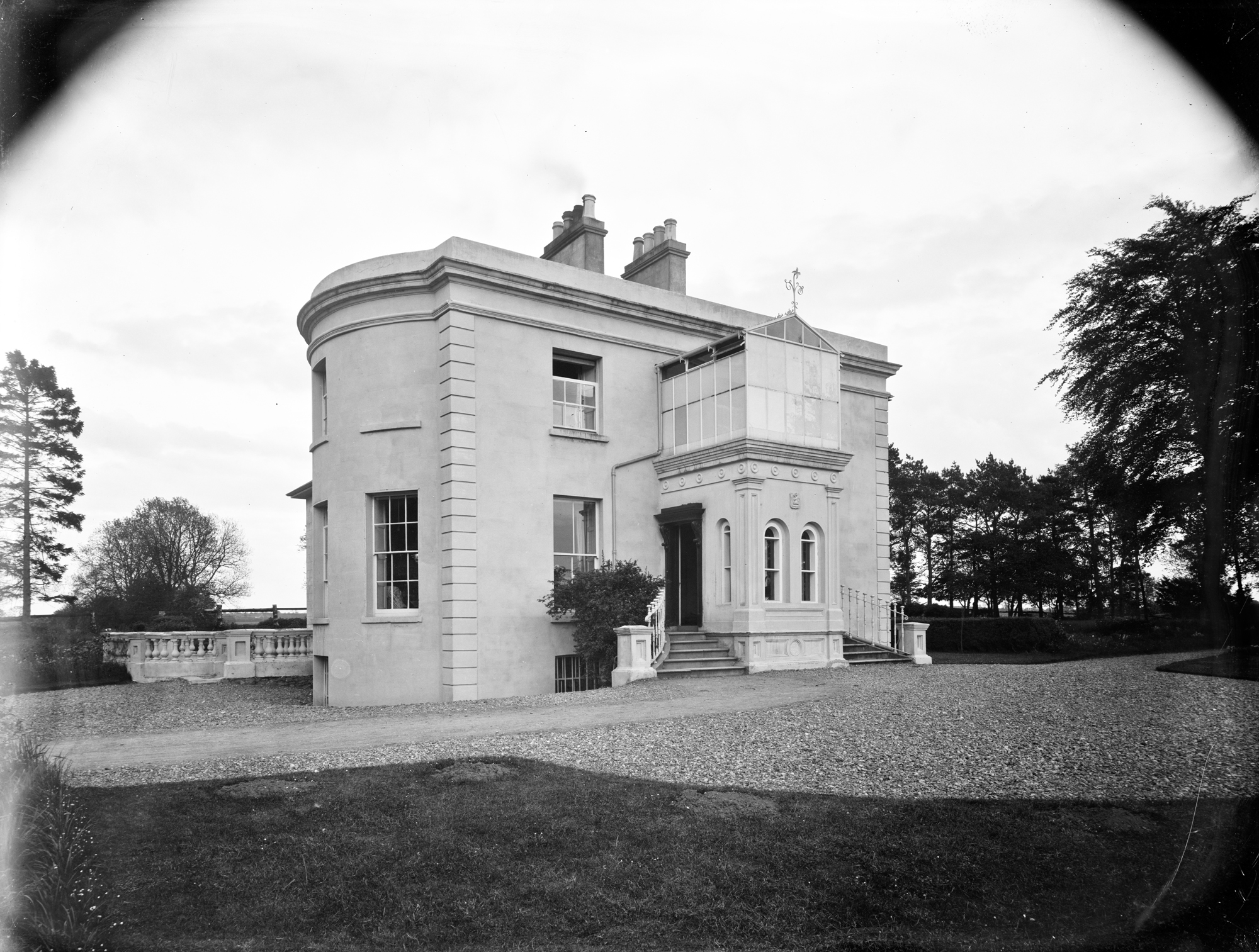 Try to find the date or year when this image was made.
Thanks for contributing!
A mansion (that was perhaps converted into a convent?) near Navan in the lush plains of County Meath. It looks like a white house - on the day when the new occupant of "The White House" may be decided. Good luck to our friends in the USA and may you get a President who will be a source of unity and goodwill!

In a near dictionary definition of "great minds think alike", guliolopez and sharon.corbet simultaneously identified (and Niall McAuley coorberated) that what we are looking at here is Boyne View House off Convent Road to the south of Navan. Built apparently around the 1820s, our interpid investigators have confirmed that the portico we see here was remodeled in recent decades - and the distinctive upper sunroom/orangery removed. We are delighted to hear however that the building itself still stands and seemingly retains much of its original form. The team further confirm that the Watkins family were in residence here for at least the first 2 or 3 decades of the 20th century, and may have been the householders when this Eason image was captured....