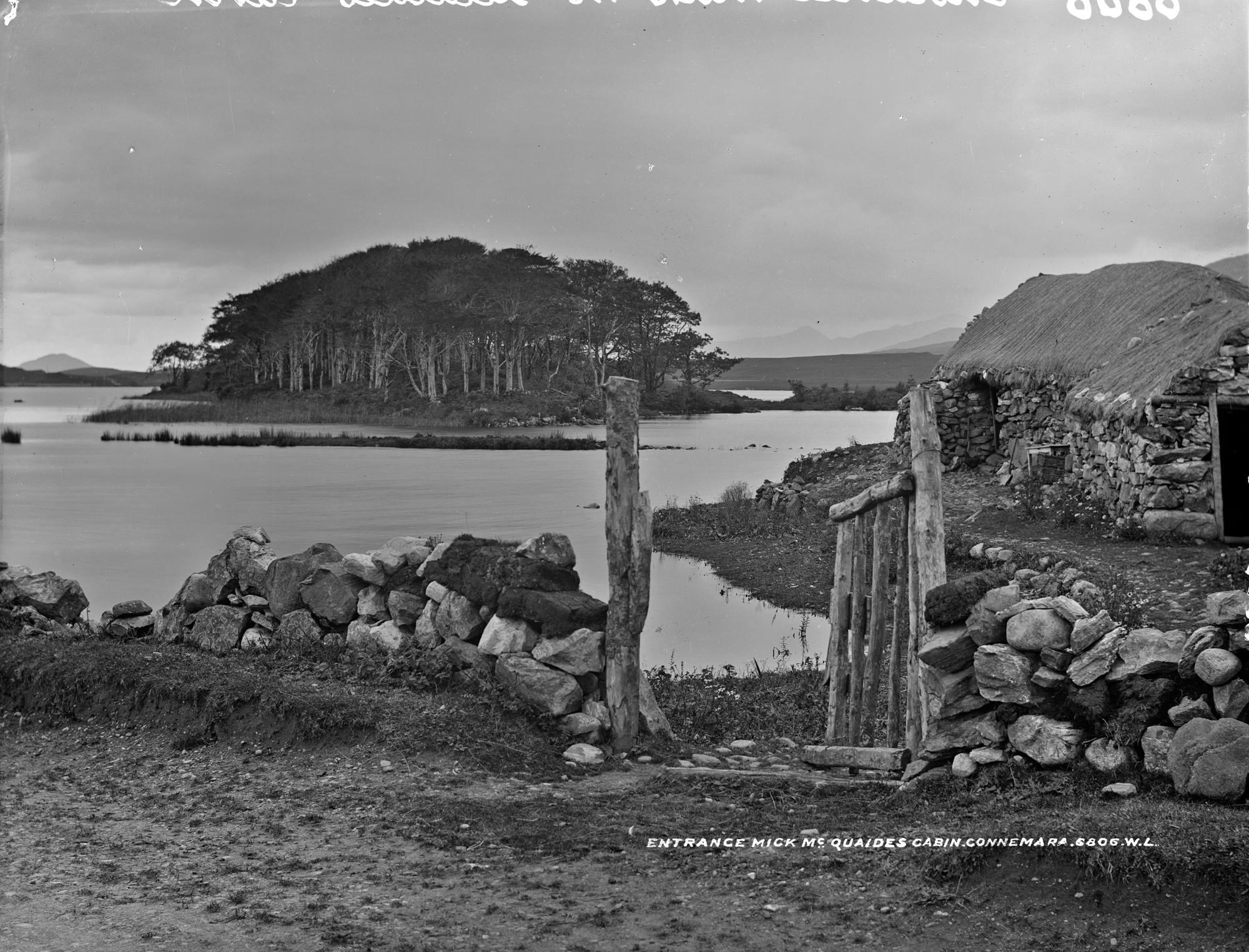 Try to find the date or year when this image was made.
Thanks for contributing!
Two poems immediately spring to mind when I look at this image but neither of them refers to Connemara. This beautiful scene may have cheered "Mick McQuaid" on a daily basis or perhaps due to the harshness of life in such a remote and poor area he did not even see it? I hope that he was able to sit with his pipe, smoking "Mick McQuaid" tobacco, contemplating the scene with a sense of peace and appreciation?

And so we have learned from beachcomberaustralia and B-59 that the "Mick McQuaid" in question was fictional. Making this scene, as Niall McAuley suggests, something of a 19th century equivalent to the (nearby) "Quiet Man cottage". Mick McQuaid was a character developed by Captain William Lynam for a popular weekly serial - that was carried by newspapers for some decades from the 1860s. Seemingly, as per the summary which beachcomberaustralia shares in the comments, those who could not read would travel some distance to hear the latest installment. And such was the popularity of the character that, as well as inspiring tobacco branding, when Lynam died in 1894, the paper continued the serial - reaching new generations....