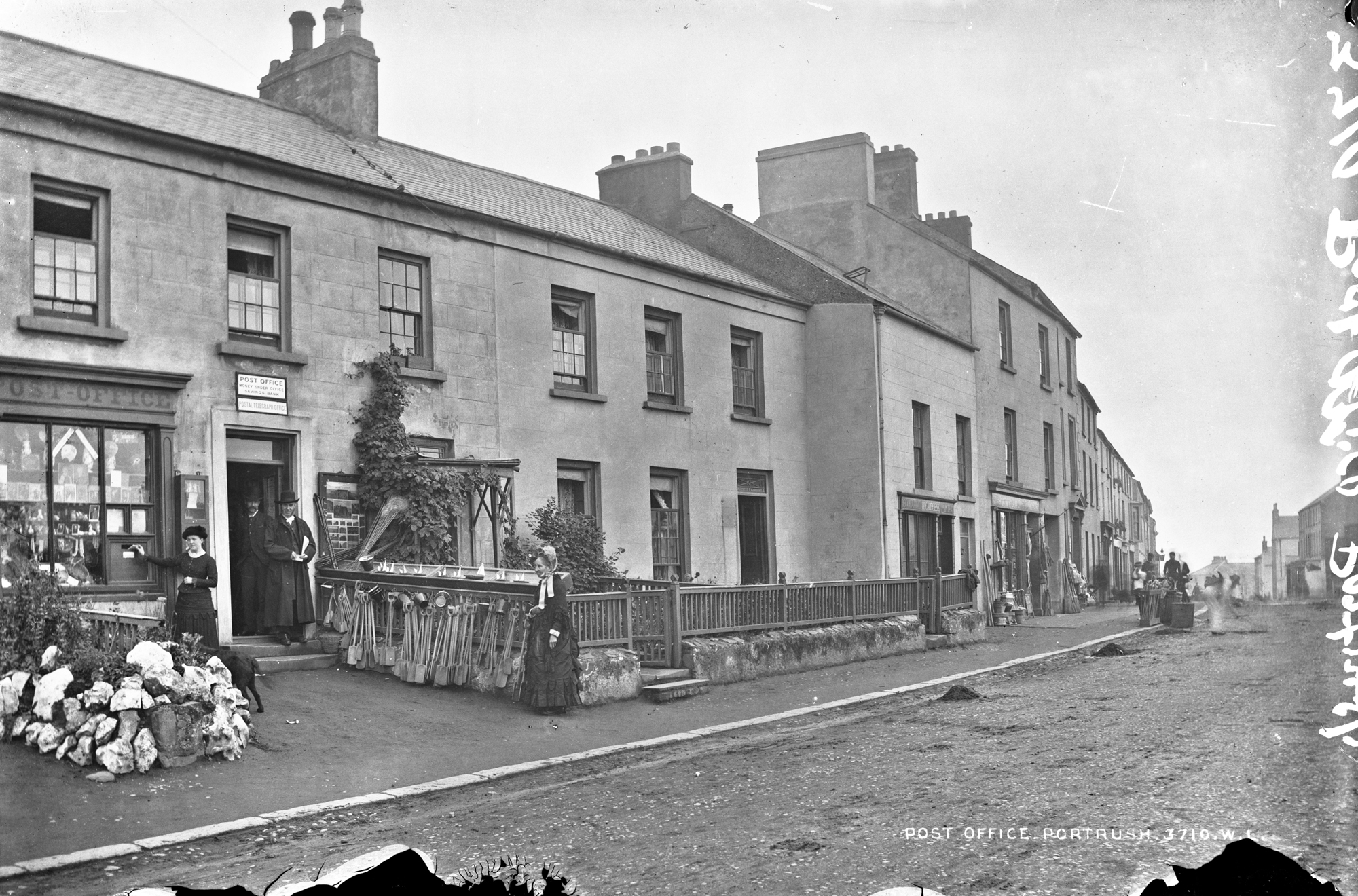 Try to find the date or year when this image was made.
Thanks for contributing!
This lovely shot by Robert French shows the Post Office in Portrush with a seemingly posed group - complete with a DOG! Anybody who can come up with the name of the dog will be guaranteed an Irish virtual sticky bun - not as exotic as the Australian version but very tasty nonetheless.

With thanks to the usually insightful contributions, it seems that we can narrow the 50-year catalogue range to perhaps a decade or two in the late 19th century (certainly the fashions point more to 1870s/1880s than the early 20th century). Niall McAuley and O Mac have also helped us map this image to the site of the "old" post office on Main Street Portrush. (The "new(er)" post office was built c.1908 and is now a library...)