Fridays child is loving and giving! 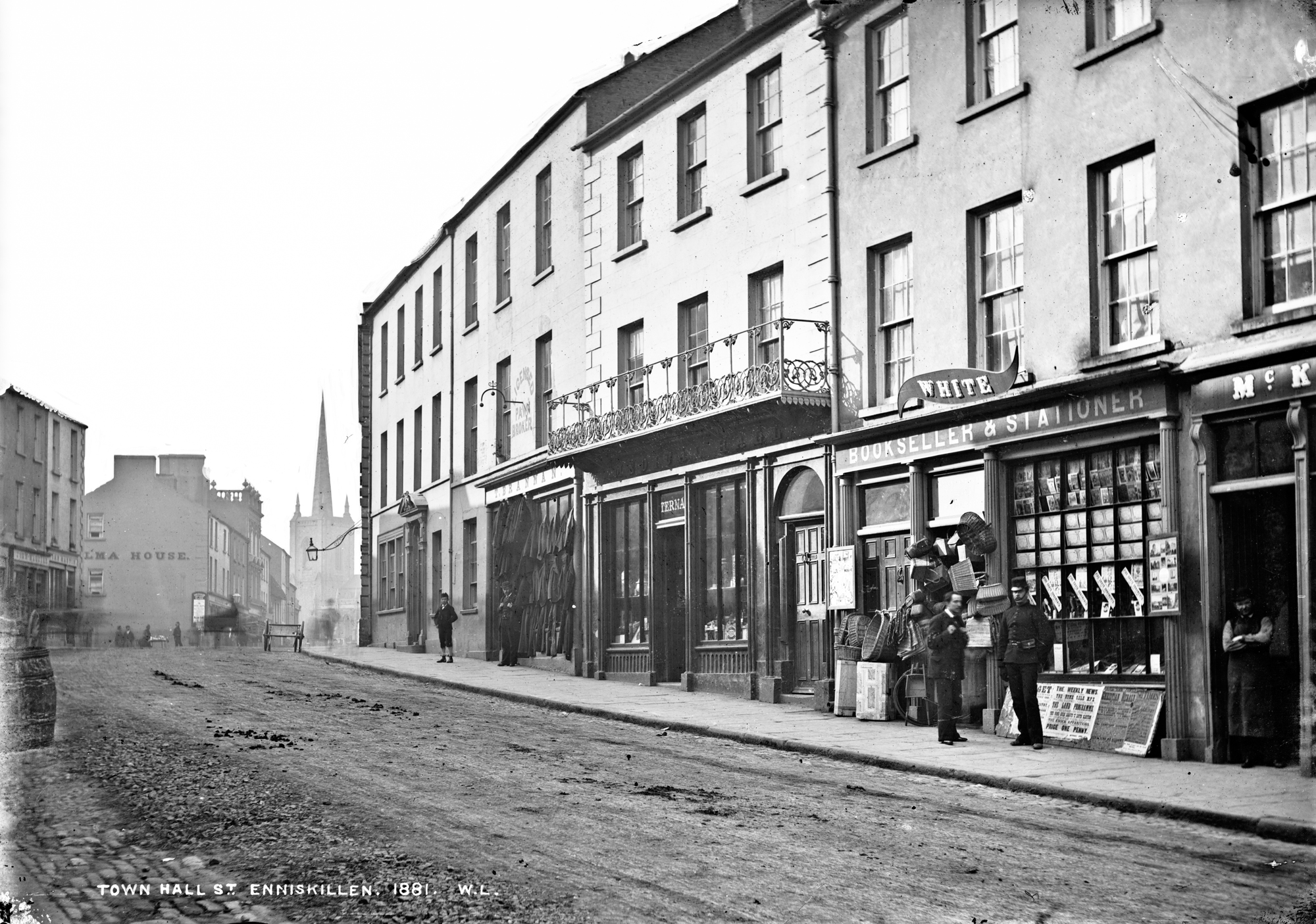 Try to find the date or year when this image was made.
Thanks for contributing!
The fine shot of Town Hall Street, Enniskillen, Co. Fermanagh is surely "Fridays Child"? There is so much to see here including some crisp, clear posters, a Peeler, some ghosts and more people standing around though the reason may not be as obscure as yesterdays visit to the monastery! Have a great weekend everyone!

With thanks to input from beachcomberaustralia, derangedlemur, and in particular Niall McAuley, and the clues and cues in the news poster behind the policeman, there's a firm suggestion that this image dates to c.1880. In particular, alongside the other items displayed outside White's booksellers & stationers we find a newspaper advert mentioning "The Home Rule League / Louth Election" - possibly referring to a by-election in the county in the first half of 1880, which returned a Home Rule candidate. Niall McAuley also suggests that the man in overalls (under the "Mc K...." sign) could well be Mr T McKeague, boot and shoe maker (and doesn't he look the part).....