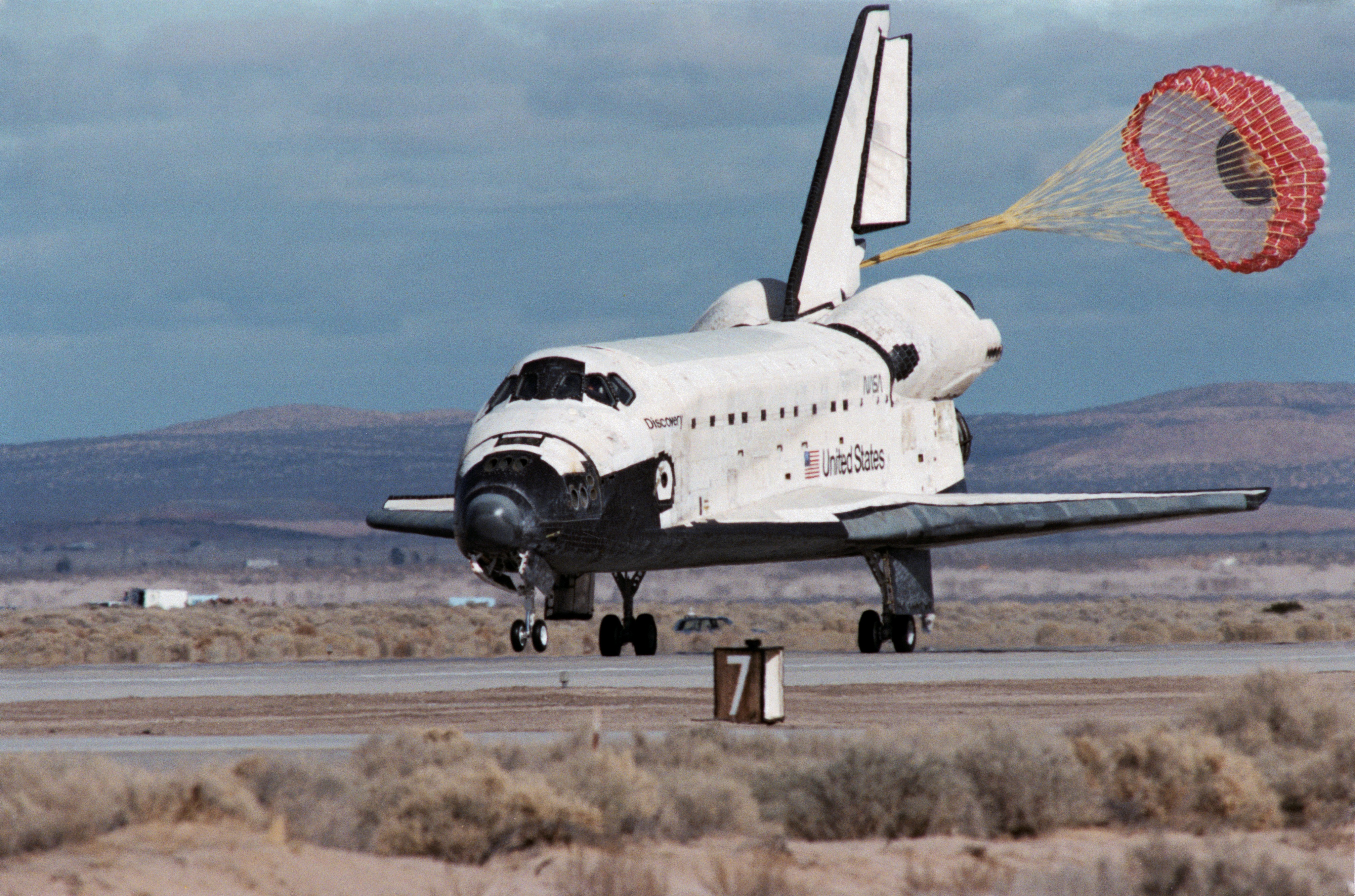 Try to find the date or year when this image was made.
Thanks for contributing!
The drag chute on the space shuttle Discovery is partially deployed during landing on Runway 22 at Edwards Air Force Base. The landing ended an eight-day space mission for the STS-53 crew. Main gear touchdown occurred at 12:43:17 p.m. (PST) on Dec. 9, 1992. Onboard were astronauts David M. Walker, Robert D. Cabana, Guion S. Bluford Jr., James S. Voss and Michael R.U. (Rich) Clifford.