Sunny day in the park 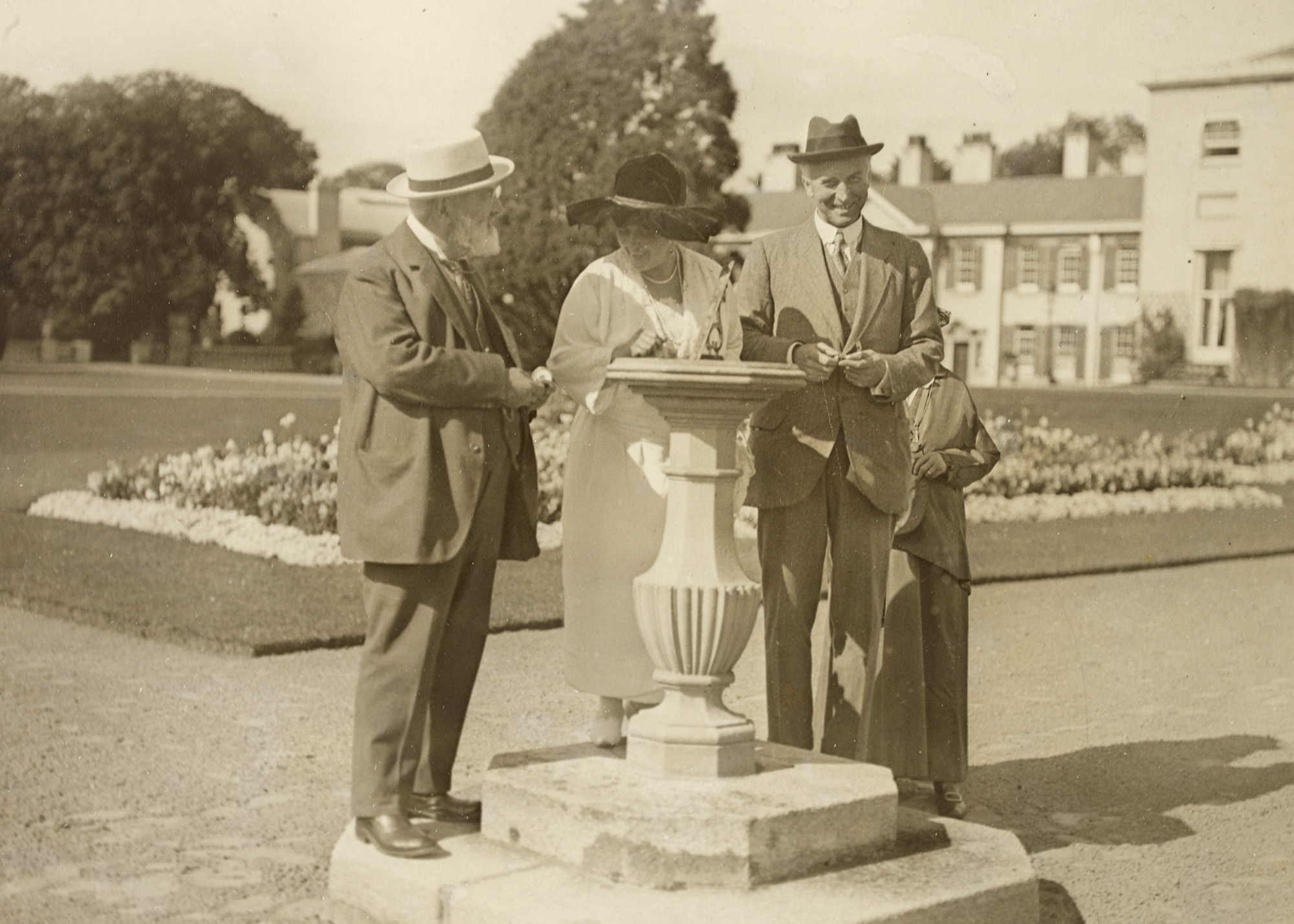 Try to find the date or year when this image was made.
Thanks for contributing!
It is quite a while since we posted a Hogan-Wilson photo so this is a good way to start the day! The catalogue caption on this image is "The Governor General entertaining guests Sir John and Lady Simon" so we have the task of establishing who was the Governor General and Sir John and Lady Simon!

The quick answer is that the Governor General was Timothy Michael Healy, first governor general of the Irish Free State, and first post-independence resident of the Viceregal Lodge (now Áras an Uachtaráin). His guests are slavery abolitionist Kathleen Simon, Viscountess Simon and her husband John Simon, Viscount Simon. We may never know who is lurking behind, but it could well be Healy's wife, Eliza Sullivan...