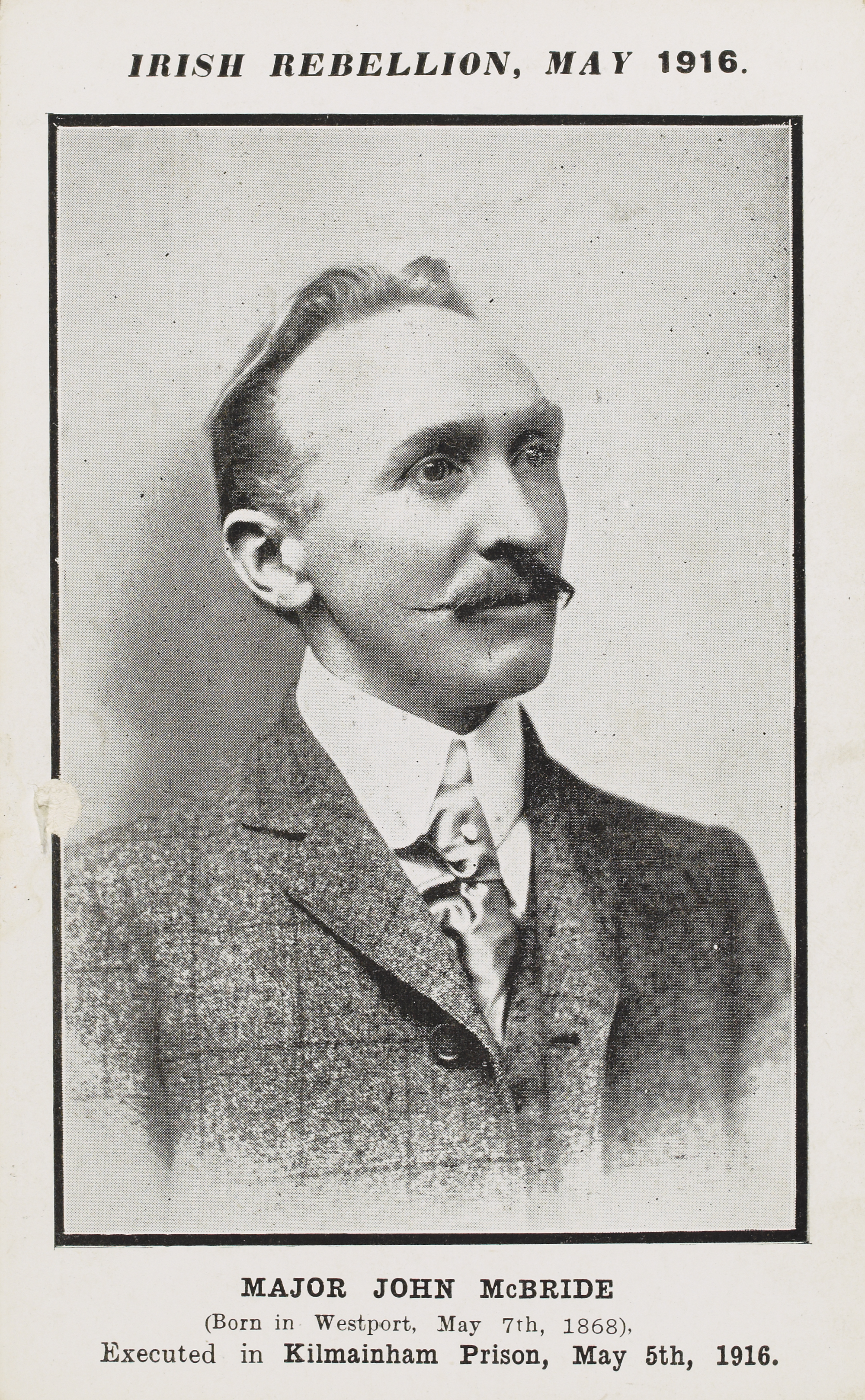 Try to find the date or year when this image was made.
Thanks for contributing!
Whether it is true or not, there is a story that Major John McBride was going somewhere on Easter Monday in 1916 and, meeting some of those about to revolt, he joined-in. This, soon after, led to his execution as one of the leaders! He, along with his wife, daughter and son, left an enormous mark on Ireland and on Irish society.

The Rising section of McBride's Wikipedia article, which BeachcomberAustralia highlights, seems to corroberate the apparent happenstance of his involvement in the rebellion. This image, commemorative of that involvement, was published in postcard and poster form. As guliolopez tells us, these reproductions were printed by Powell Press of Parliament Street, Dublin. When the original image was taken (and who took it) is unconfirmed, but most other versions seem to give a range of c.1900-1916....