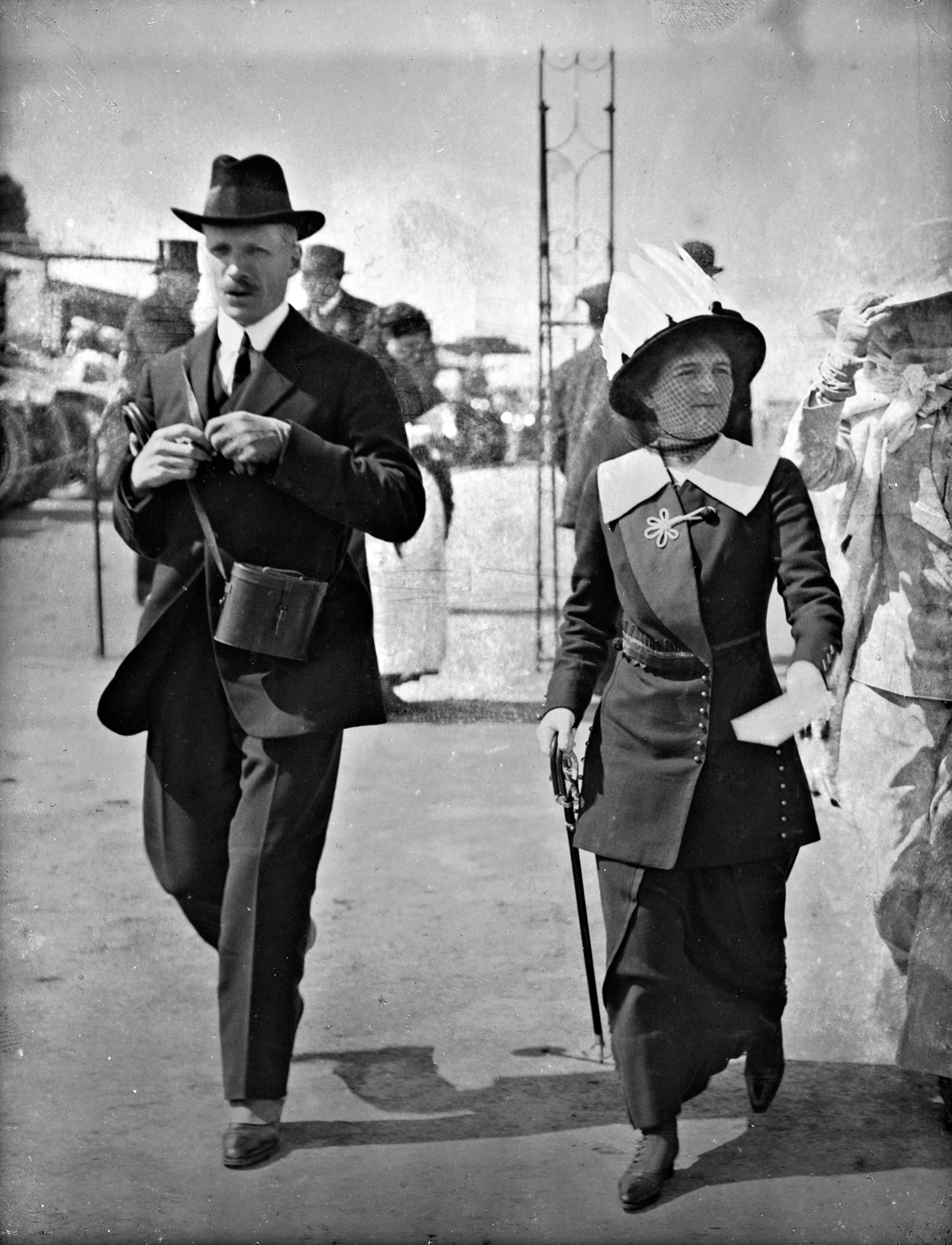 Try to find the date or year when this image was made.
Thanks for contributing!
Bearers of a name long-associated with horses in Ireland, here we see Mr. and Mrs. Herbert Goff, who appear intent on the business of racing as they stride (I imagine) towards the winners enclosure! I love their "going to the races" dress and their seeming indifference to the obvious photographer taking this shot. What might have been even more interesting would be to see the more exuberant dress of the lady behind Mrs. Goff... Who were they, where was it and when?

On the "when?" question, we owe particular thanks to Carol Maddock whose investigations have associated this image with an Irish Independent society entry from January 1914. It confirms that the image was captured shortly after Herbert William Davis-Goff became High Sheriff of Waterford. On the "who?", the peerage resource provided by Niall McAuley tells us that Margaret Aimée Davis-Goff (née Scott) was from a diplomatic family. Davis-Goff seemingly went to war in the months after this image, and became second baronet in the Davis-Goff Baronetcy after his father's death in 1918....