"Cavalry and infantry in the battle of the hunt" is neither.... 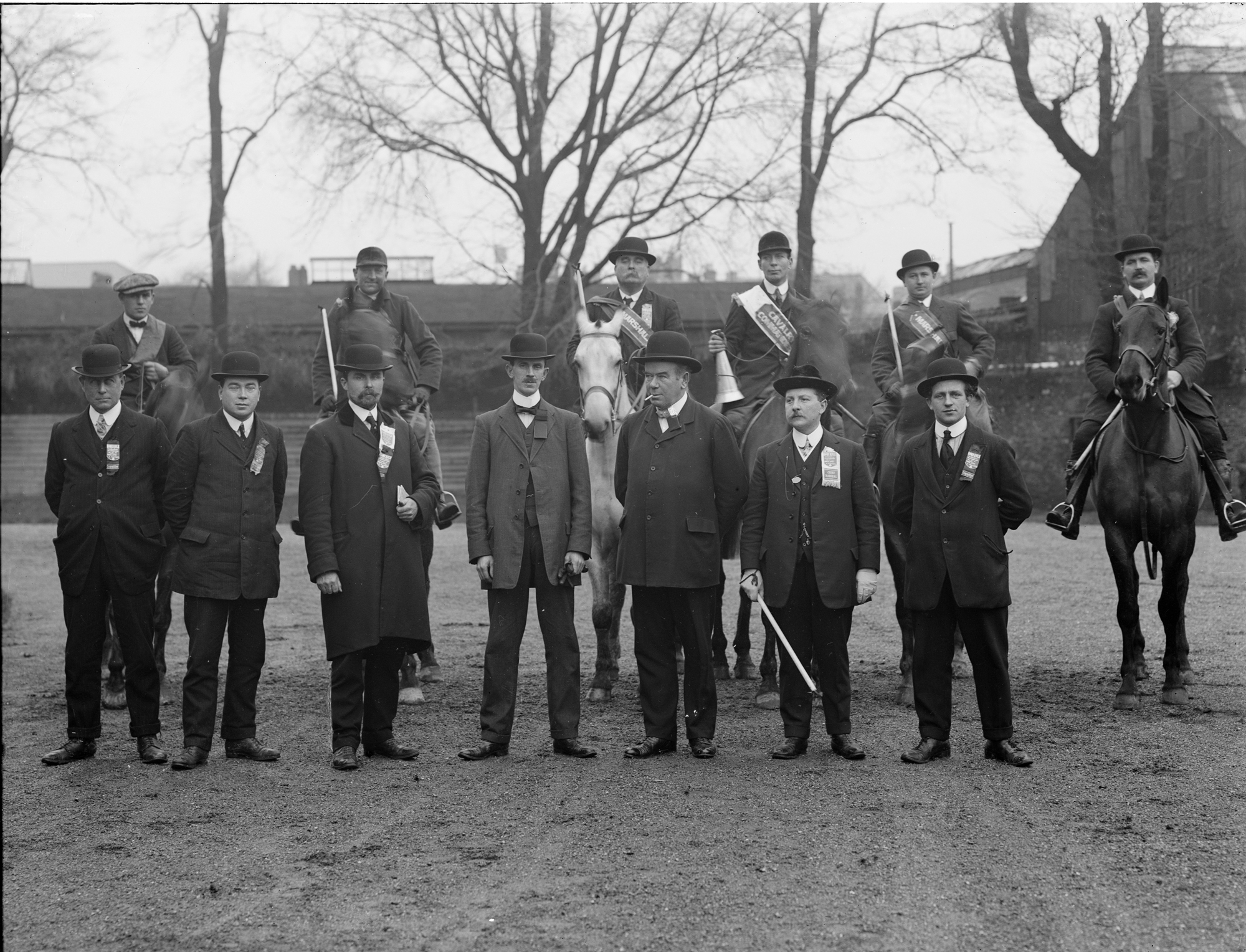 Try to find the date or year when this image was made.
Thanks for contributing!
Horsemen and marshals stand and pose for their moment in time. The once respected and much enjoyed experience of hunting (by the humans at any rate) has changed in recent times. Today many oppose the hunt in most forms, and the focus is not only on the fox/hare/badger victim but also on the horses and dogs who could be injured in the process. This fine photograph by Mr. Poole is probably of a hunt in Waterford(?)

Titled "horsemen and marshals group" in the catalogue, it seems we jumped to an incorrect conclusion with the "hunt" association. Instead it seems that the "horsemen and marshals" were organisers and stewards for a Remondite rally in support of the Home Rule movement in late January 1914. Contemporary accounts (as suggested by Flickroonies Fred Dean Snr, sharon.corbet and BeachcomberAustralia) state that the crowds were such that "stewards on horseback kept back the crowds that swelled onto the streets". Hence, what we thought was perhaps a hunting bugle, is instead likely a loud-hailer for crowd management. Paul O'Farrell proposes a location of the Waterford Courthouse - a common location for Poole shots of this type. Thanks all!