Scene in the mud 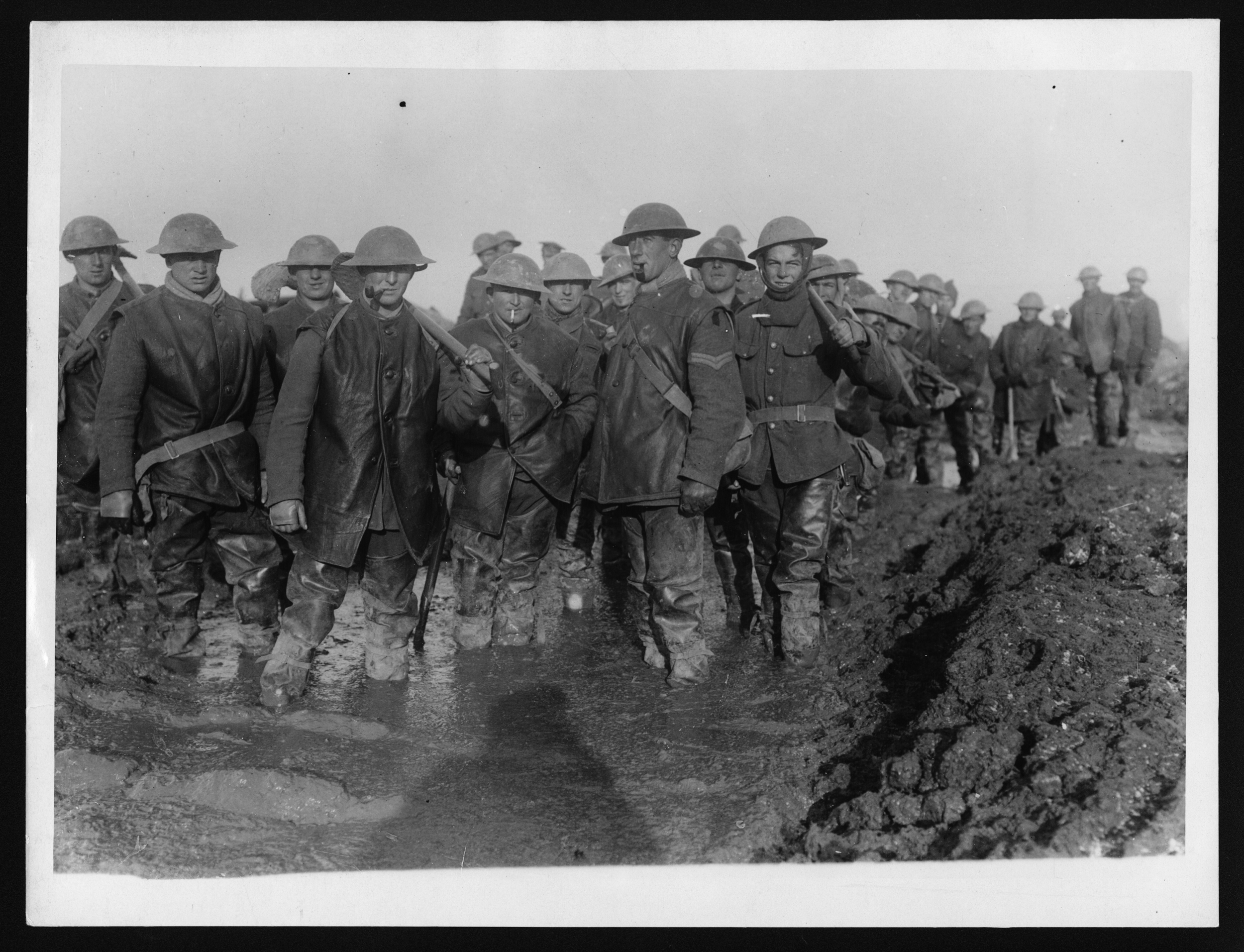 Try to find the date or year when this image was made.
Thanks for contributing!
Soldiers standing in mud, France. The picture has been taken from the end of a ditch facing a large group of soldiers who tail away. The soldiers in the background are all lined up, carrying spades and waiting to start work. The men at the front of the picture are bunched into a group. They are up to their knees in the thick mud contained in the bottom of the ditch. Two of the men are smoking pipes and another younger boy is wearing a balaclava.

The problems the mud on the front line caused during World War I are notorious. This was combated by the use of duckboards, digging mud out and raising everything off the floor slightly.

[Original reads: 'OFFICIAL PHOTOGRAPHS TAKEN ON THE FRONT IN FRANCE. A scene in the mud.']