West Indian regiment in their camp, France, during World War I 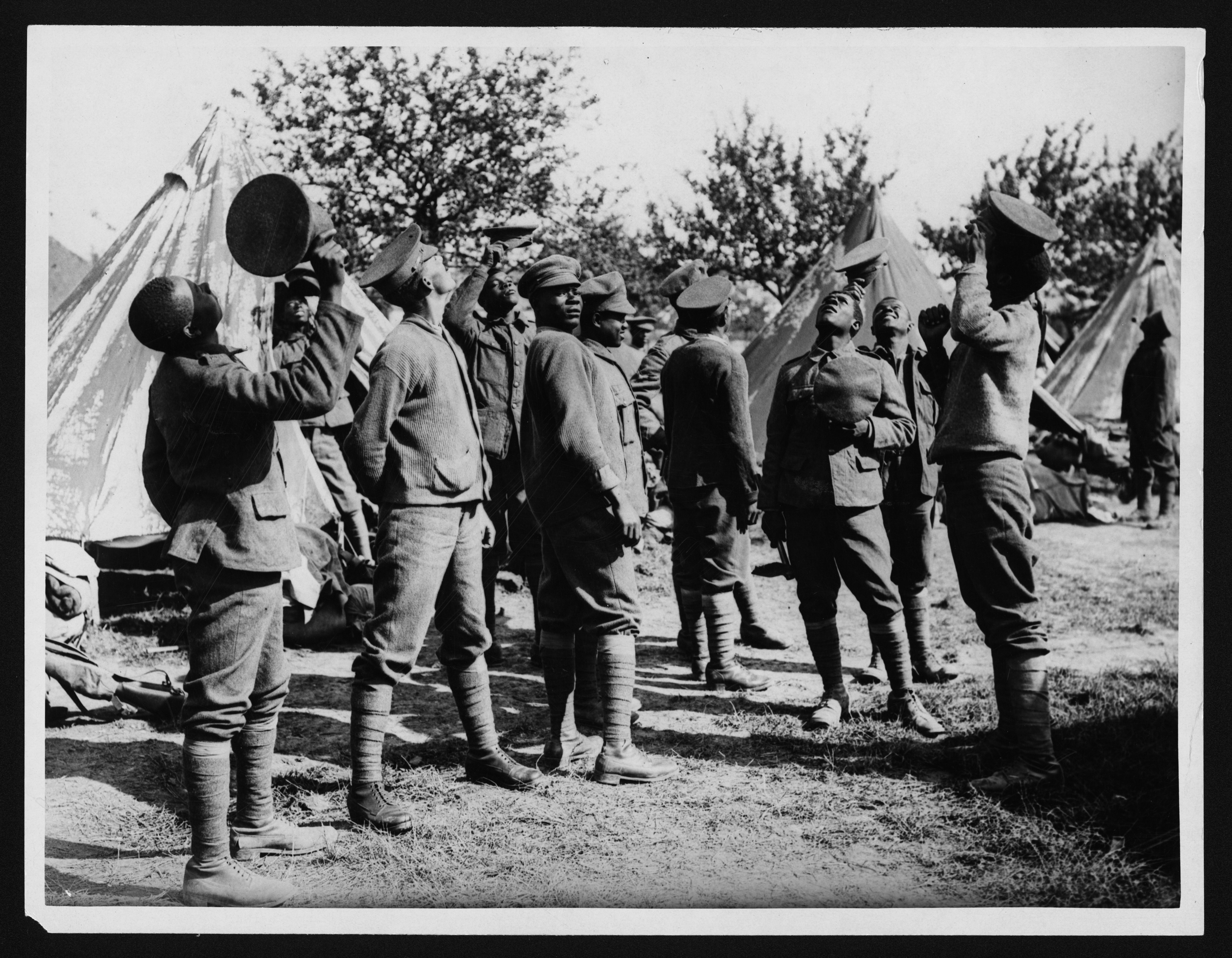 Try to find the date or year when this image was made.
Thanks for contributing!
West Indian regiment in their camp, France, during World War I. Half a dozen soldiers are standing in a group in the space between their tents. The tents are canvas cones, most of which have their sides rolled up suggesting that the weather is warm and there is no mud in evidence. Most of their equipment is lying on the ground outside of their tents. The soldiers are all in uniform and looking at the sky. Some of them are shading their eyes with their hats.

The derogatory term for a German, 'Boche', originates from the French slang alboche, derived from two words allemand (German) and caboche (pate, head). 16,000 soldiers were recruited and two battalions (volunteers) travelled from the West Indies to fight with the Allies.

[Original reads: 'OFFICIAL PHOTOGRAPH TAKEN ON THE FRONT IN FRANCE - Men of a West Indian Regt. watching a Bosche aeroplane being chased by our planes.']