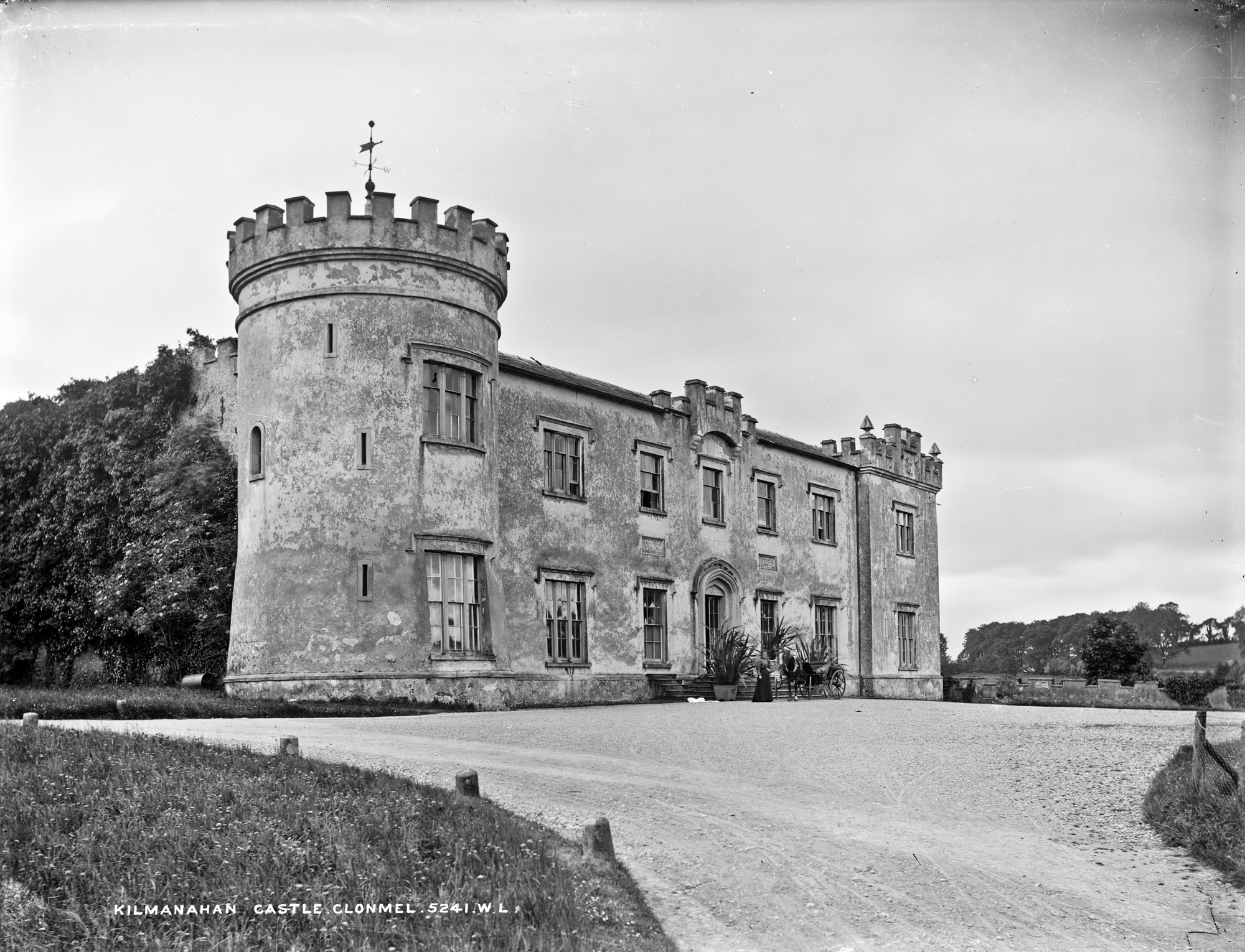 Try to find the date or year when this image was made.
Thanks for contributing!
Yet another fine image of an Irish castle from the Lawrence Collection. When you see these shots of beautiful buildings you begin to realise the loss the country suffered during the course of the early part of the 20th century. This one has, not only the building, but also a resident and their mode of transport outside the front door! WIll we still be playing Elton John's 'I'm Still Standing' at the end of the day?

Thankfully, based on today's inputs, we are happy to confirm that (though perhaps not in song form) that this castle is largely still standing. Though at least parts of it are in ruin - possibly with damage caused in the decades following this image. As our intrepid Flickroonies tell us, this castle lies on the eastern bank of the River Suir - right on the border between Co Waterford and Co Tipperary. The castle was seemingly associated with the Earls of Donoughmore, and DannyM8 offers some census returns for those in the building in 1901 and 1911 (perhaps even covering the lady pictured at the doorway...)