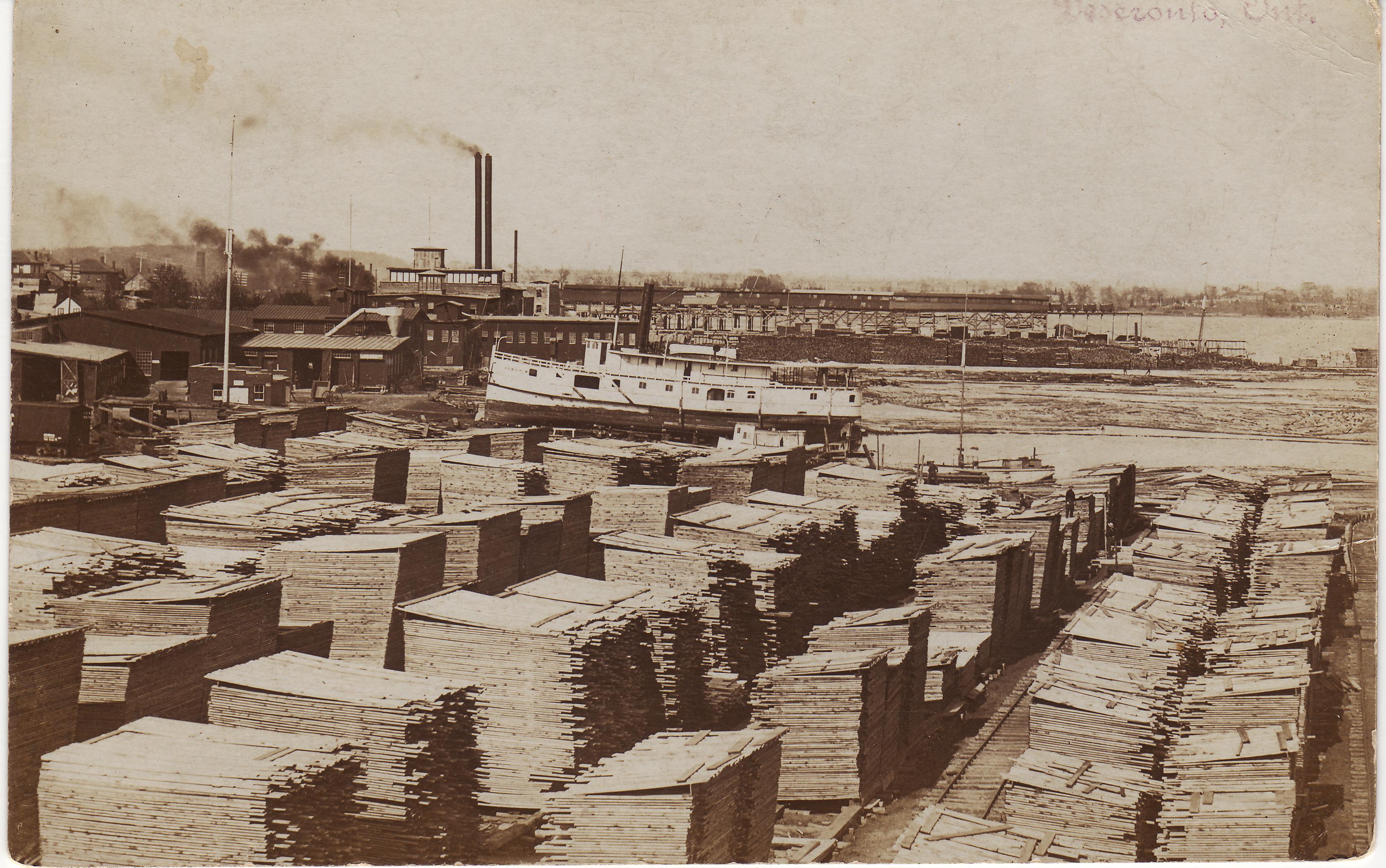 Try to find the date or year when this image was made.
Thanks for contributing!
Photo-postcard of the waterfront in Deseronto, probably taken from the Rathbun Company's office building on Mill Street. The photographer was looking to the east, where the railway car works, cedar shingle mill and incinerator buildings are visible. A steam vessel (the Armenia) is on the marine railway in front of the car works. In the foreground are piles of lumber.

The photograph is not dated, but the incinerators were in operation. As these are marked 'old incinerators' on the 1912 map of this area, the photograph was presumably taken before 1912. This item is part of the Floyd Marlin collection.

The Armenia was taken over by the Rathbun Company in 1879 (according to an article in the Daily British Whig on the Maritime History of the Great Lakes's site).