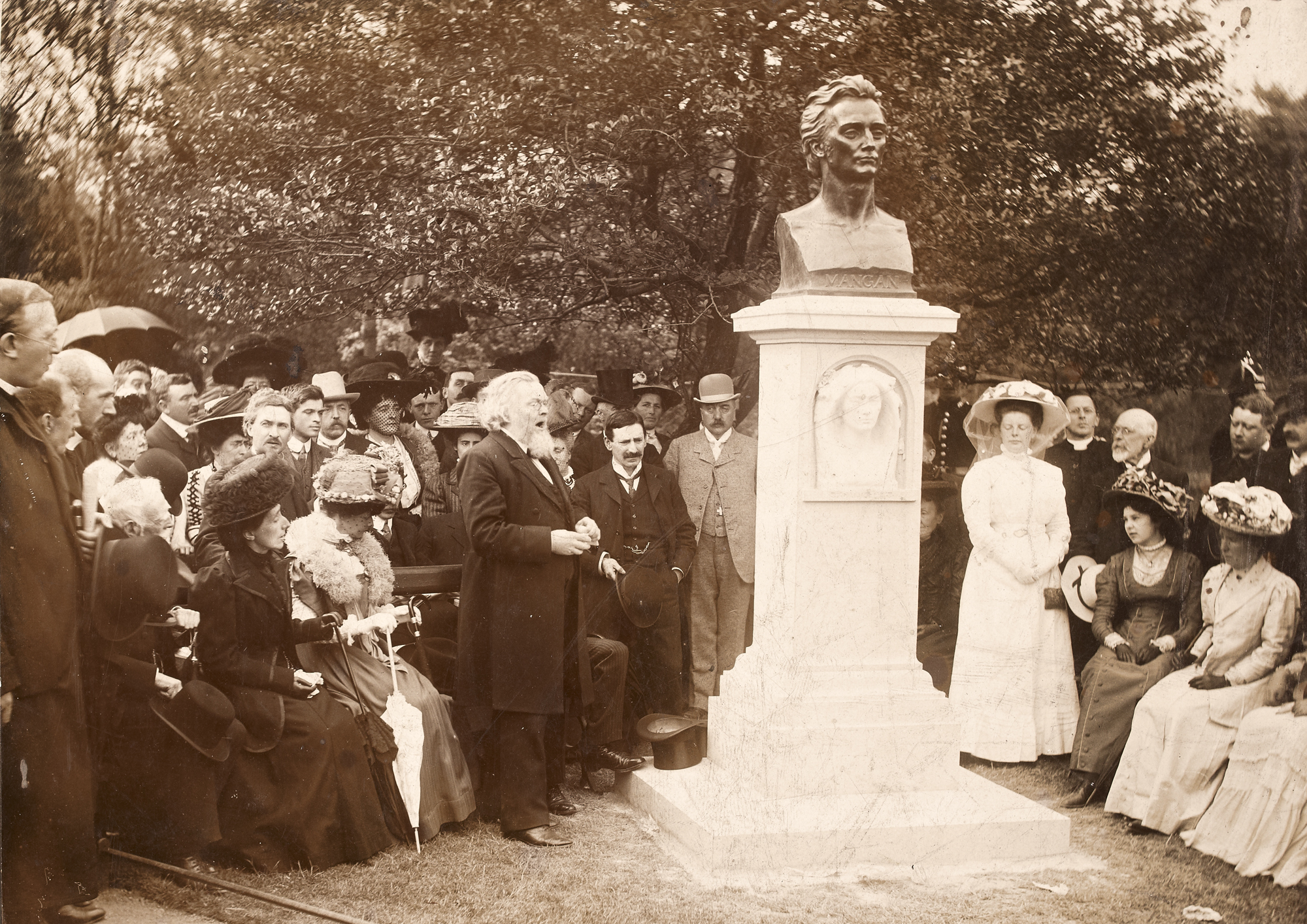 Try to find the date or year when this image was made.
Thanks for contributing!
The title on this image is so detailed as to render research virtually unnecessary: "Bust of James Clarence Mangan, Stephen's Green, Dublin : Unveiled in Stephen's Green in 1909 May 3rd, by Dr. George Sigerson" says it all - or does it? There are some great ladies hats on view, the only knowledge I have of Sigerson is the competition among the colleges for the Sigerson Cup. So perhaps there is still something to be learned?

With thanks in particular to BeachcomberAustralia today (who was perhaps too awed by the poetic company to deign a ditty himself), we have solid suggestions on some of the dignitaries visible here. In addition to Sigerson (whose very speech bechcomber replicates for us below), there's a strong suggestion that the crown includes TD Sullivan, J Gwynn and at least a few relatives of the bust's subject - poet James Clarence Mangan....