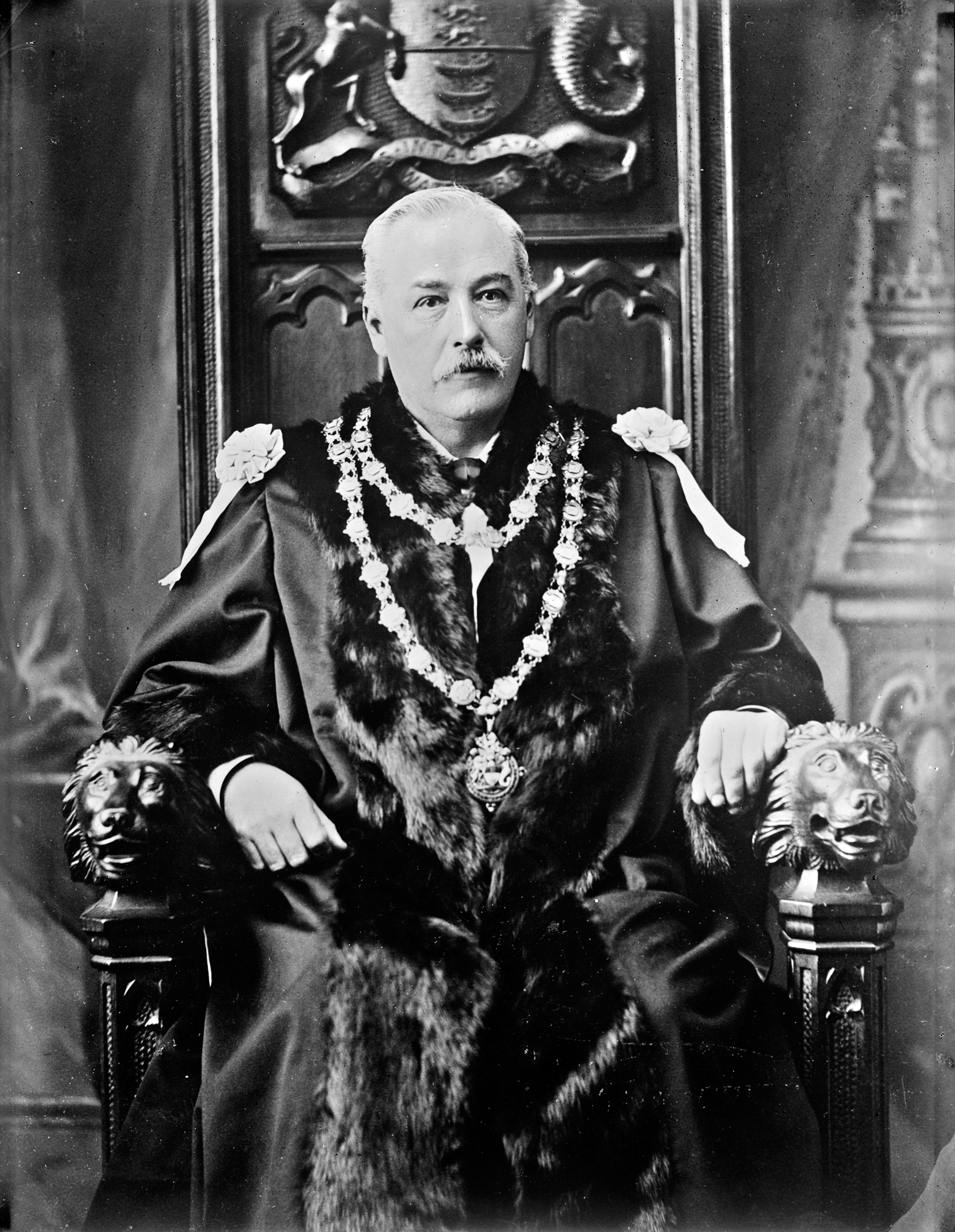 Try to find the date or year when this image was made.
Thanks for contributing!
This fine Poole portrait portraying probably the Lord Mayor of a city to end this week. The robes and chain are very ornate and he is seated on a very finely carved chair - but who is he and what was the office he held?

Today's contributors, including sharon.corbet, Niall McAuley and guliolopez spotted the coat or arms, motto and regalia as those of Waterford - so clearly this is a Waterford mayor. Given that the catalogue date of the image was 1927, it was originally thought that maybe this was John J. Wyley - who was mayor that year. However, various clues didn't support that suggestion (not least the age of the man, the name of the person who comissioned the photo, and a "copy" label in the catalogue entry). There is therefore much stronger evidence that the mayor pictured is Henry Grainger, who was mayor in 1898. It seems likely a family member (probably a daughter) commissioned a copy from the Poole studio during the 1920s....