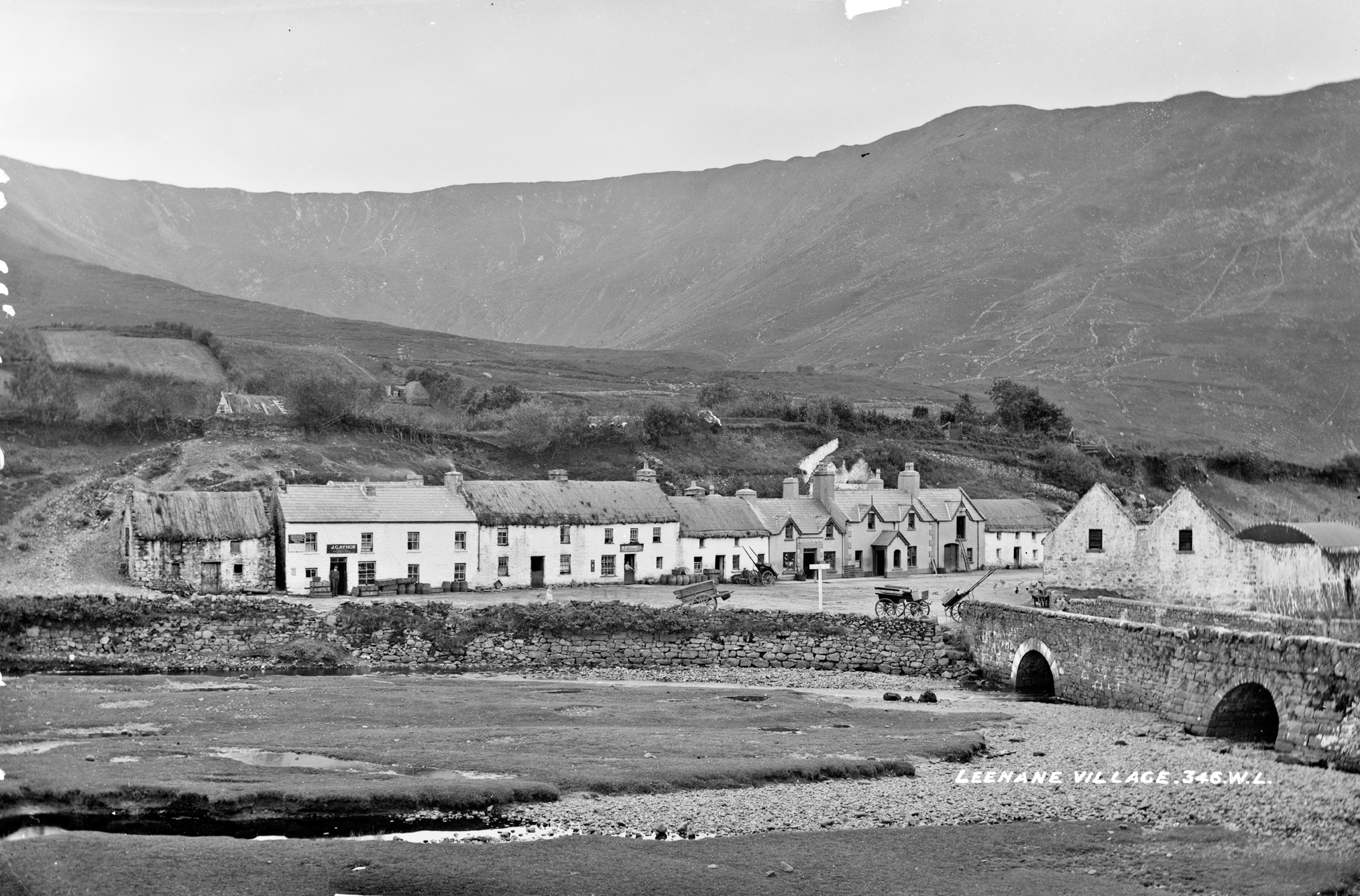 Try to find the date or year when this image was made.
Thanks for contributing!
This picture of an idyllic scene, a tiny village from across a body of water with hills in the background, gives a romantic view of Ireland at the turn of the 20th century. It puts a gloss over the hardship and poverty of rural Ireland at that time. With that cheerful note, we can look forward to the end of September and the start of October at the weekend!

With subject and location already established here, some of today's investigations focused on dates. The general consensus is that (based on the family businesses pictured) the image may have been taken close to the 1901 or 1911 censuses. Perhaps even c.1906/1907 when we know the French/Lawrence were in the area seemingly overlapping with a visiting tourist bus. Whether or not we can refine it to the turn of the century, it seems likely to have been taken in the later decades of the 50-year catalogue range...