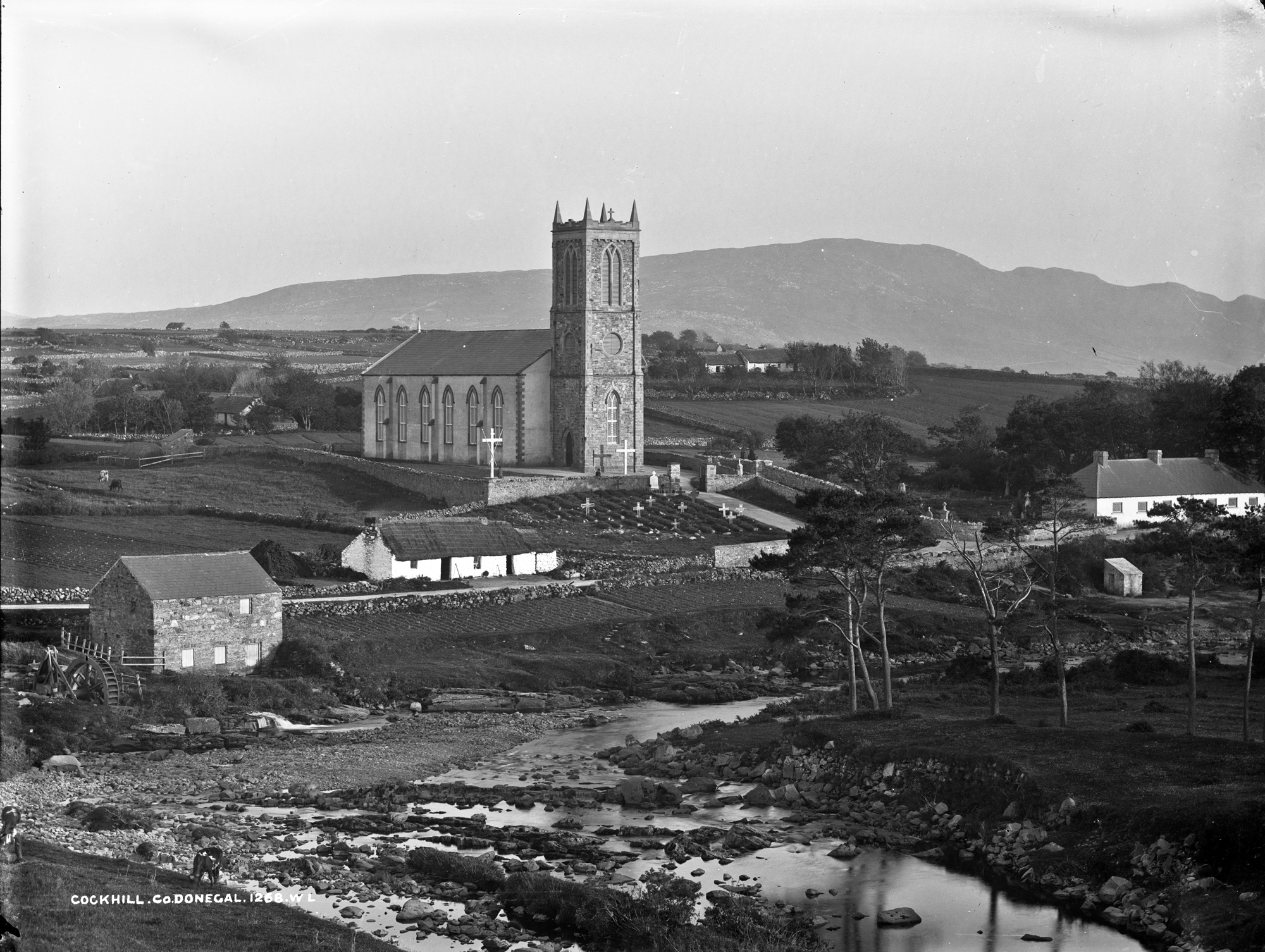 Try to find the date or year when this image was made.
Thanks for contributing!
Yet another beautiful Lawrence photograph of rural Ireland at its best! Cockhill near Buncrana in County Donegal looks like a good place to take a few shots - but there may not be a lot happening around there. The river appears to be tidal at that point, yet the watermill on the left is right down on the foreshore(?)

Today's contributors point-out that, at ~2km from the sea, the river likely wasn't tidal at this point, so the seemingly low water level may have just been time of year or a recent dry spell :) It's also pointed-out that the millrace feeding the waterwheel is split from the main flow of the River Crana just a few hundred metres up river (off camera to the left). While we don't know what quite the wheel and mill building were "for", the building that now occupies the site is home to the "Old Mill Hair Salon" :) Also discussed today was the prominent church. St Mary's RC church was built in the 1840s, and replaced an earlier structure which was just to the right of shot (in the churchyard behind the white school building)...