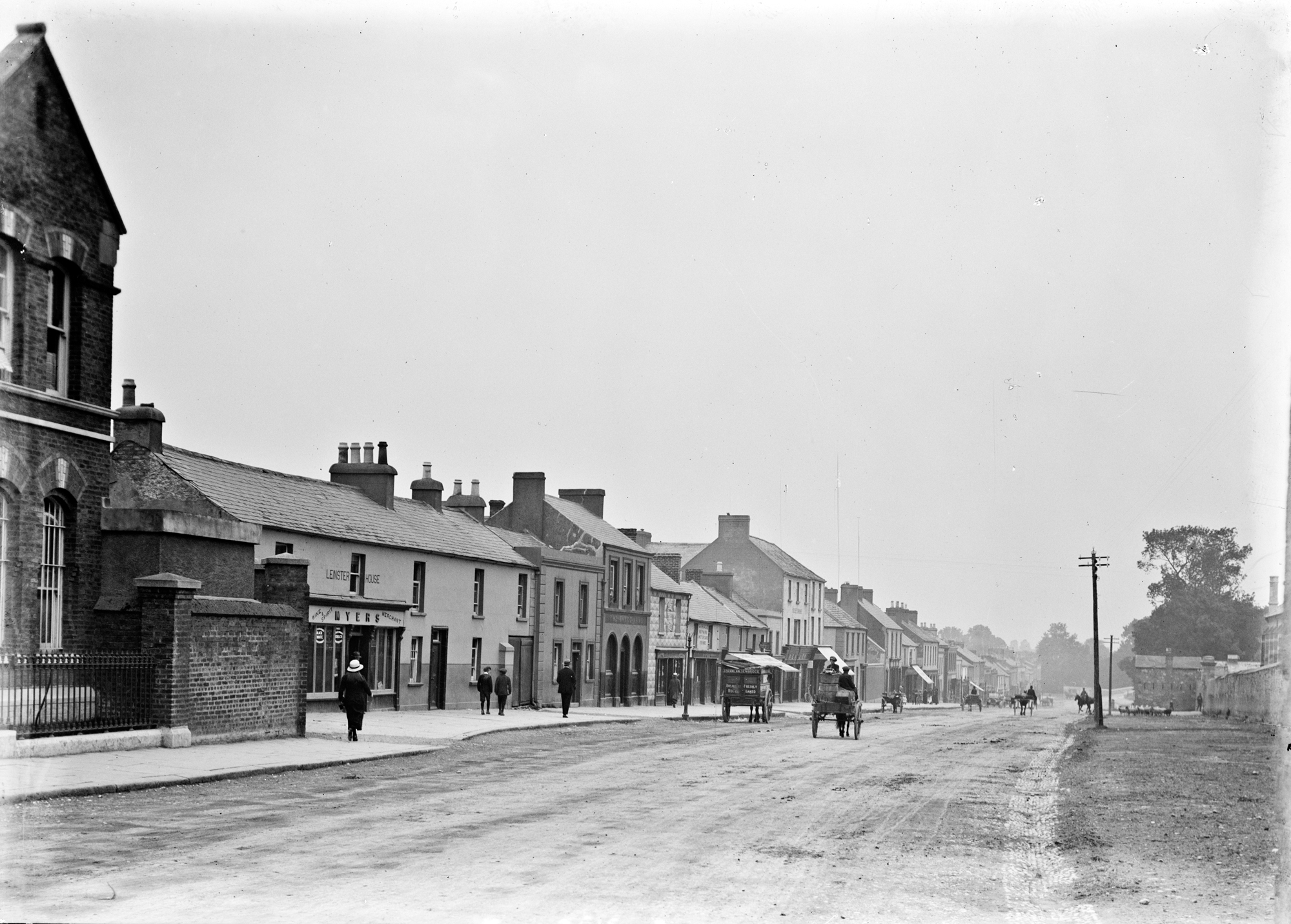 Try to find the date or year when this image was made.
Thanks for contributing!
I think this is the first non military / non railway photo of Newbridge we have ever posted. There is a lot going on here and I think the megazoom via the catalogue link below is worth a look.

Our eagle-eyed contributors have spotted a motor-car (possibly a Ford) further down the hill - which perhaps puts this image after the mid-1900s. There's a suggestion also that the man riding from the barracks is in military uniform - narrowing the range perhaps to before the mid-1920s (when the barracks was demilitarised). The 40-year range in the catalogue could therefore possibly be narrowed to a 20-year range earlier in the 20th C....

paulcooke3 of the Newbridge Local History Group comments that their research puts the date around 1916 and we are happy to go along with that.