"A bridal pair in Cork" is Emmet Dalton and Alice Shannon 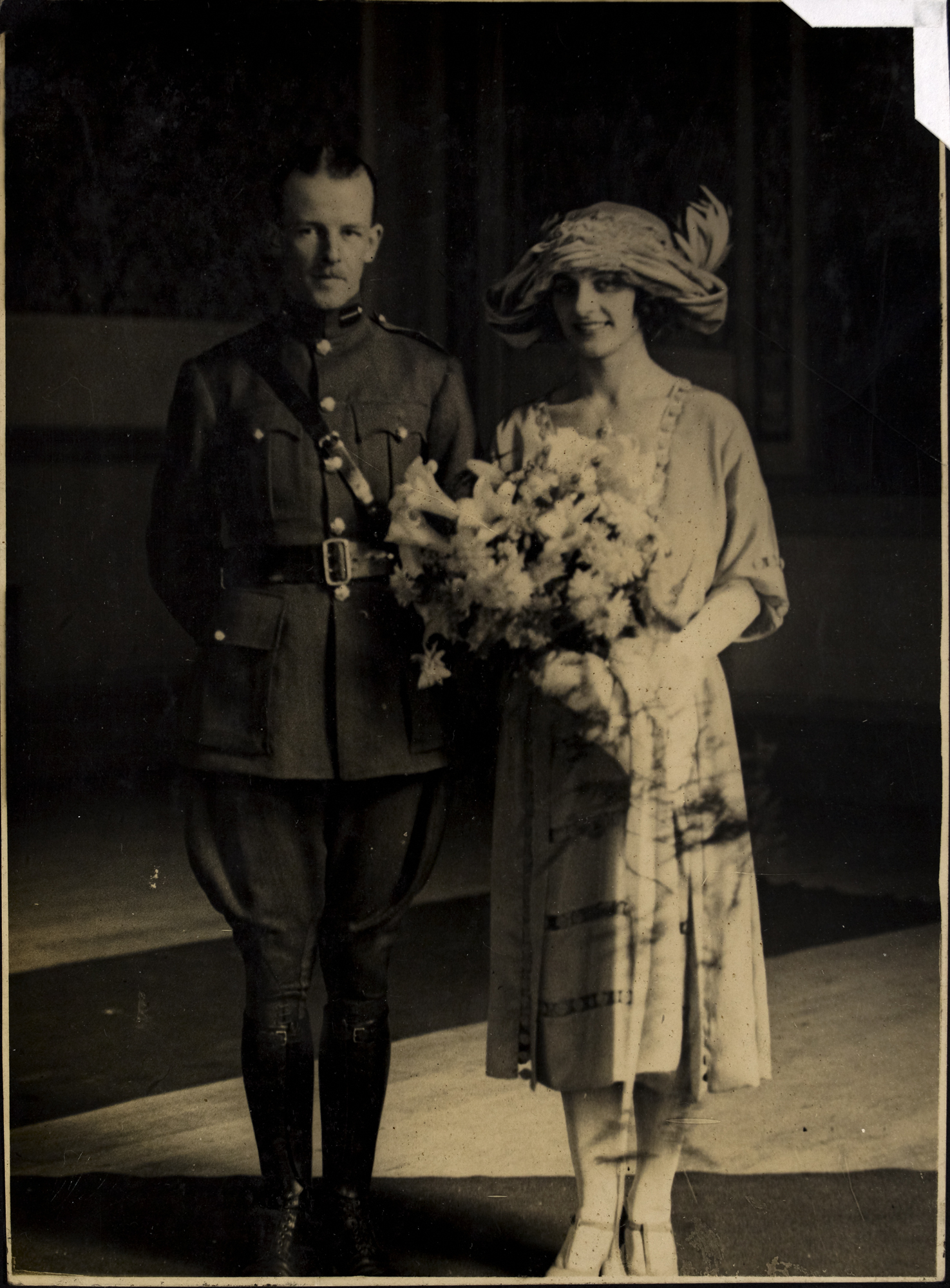 Try to find the date or year when this image was made.
Thanks for contributing!
When I selected this from the archive I thought I recognised the man but I was not sure. Now getting the photo ready to post I see the following from the archive Photographic print of Major General Emmet Dalton and his new bride on their wedding day. They were married in October 1922. Title taken from inscription written on mount under print . It tends to confirm my guess, what do you think?....

....and with thanks to today's excellent contributions it seems confirmed that this is indeed Major General Emmet Dalton and Alice Shannon on the day of their wedding in October 1922 at Clarence Hall in the Imperial Hotel, Cork. Guliolopez shares a contemporary newspaper article on the wedding which described the bride's attire as:
a petunia frock, and she wore a silver grey hat of chiffon velvet, and silver grey shoes and stockings. She carried a bouquet of chrsyanthemums and lilies

Their marriage took place during the Civil War, just a few months after Dalton championed the offensive against anti-treaty strongholds in the area (during which his friend Michael Collins was killed). Dalton left the army within a few months of this photo - possibly due to Collins' death or the reprisal killings which marked the latter stages of the Civil War. He later became involved in the film industry - founding Ardmore Studios (coincidentally up for sale this very week)....