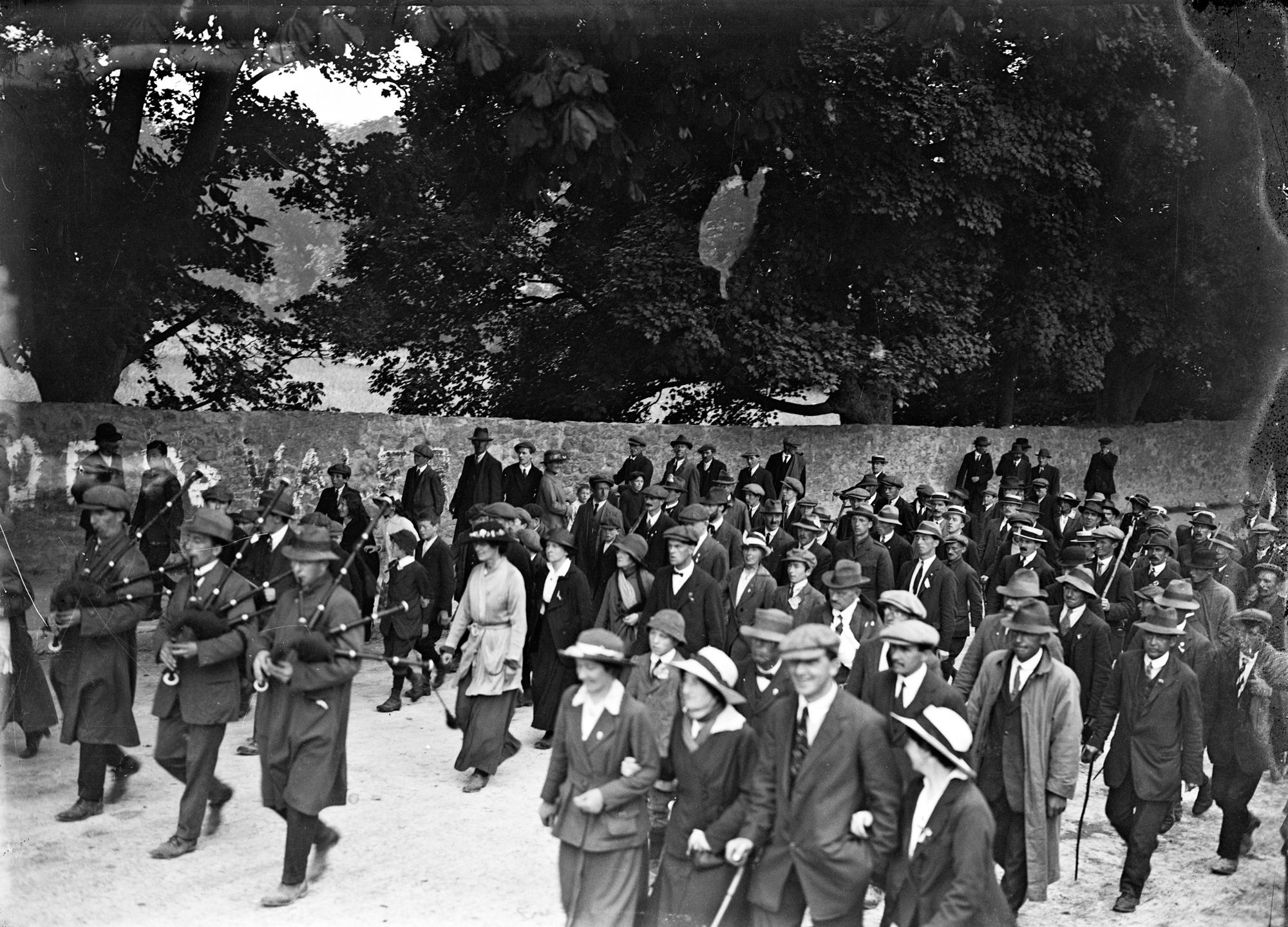 Try to find the date or year when this image was made.
Thanks for contributing!
A victory parade following an election in Ennis in County Clare, seemingly with the Countess Markievicz in the lead wearing a white coat/dress. Finding the date will be easy but finding the location might be interesting - given the blank stone wall is the only distinguishing feature(?)

Based on the contributions (past and more recent) on this image, it seems pretty clear the subject is a (victory) parade of Sinn Féin supporters, related to the East Clare by election of July 1917. DeValera won in a near landslide against the IPP candidate - in a precursor of what was to come in the 1918 general election. DeValera can be seen among the crowd - inline with the trunk of one of the right-hand trees, and below a man with a bike. As predicted, a confirmed location has been more elusive, although derangedlemur offers a solid candidate for that ballot on Cusack Rd (then Gaol Rd)....