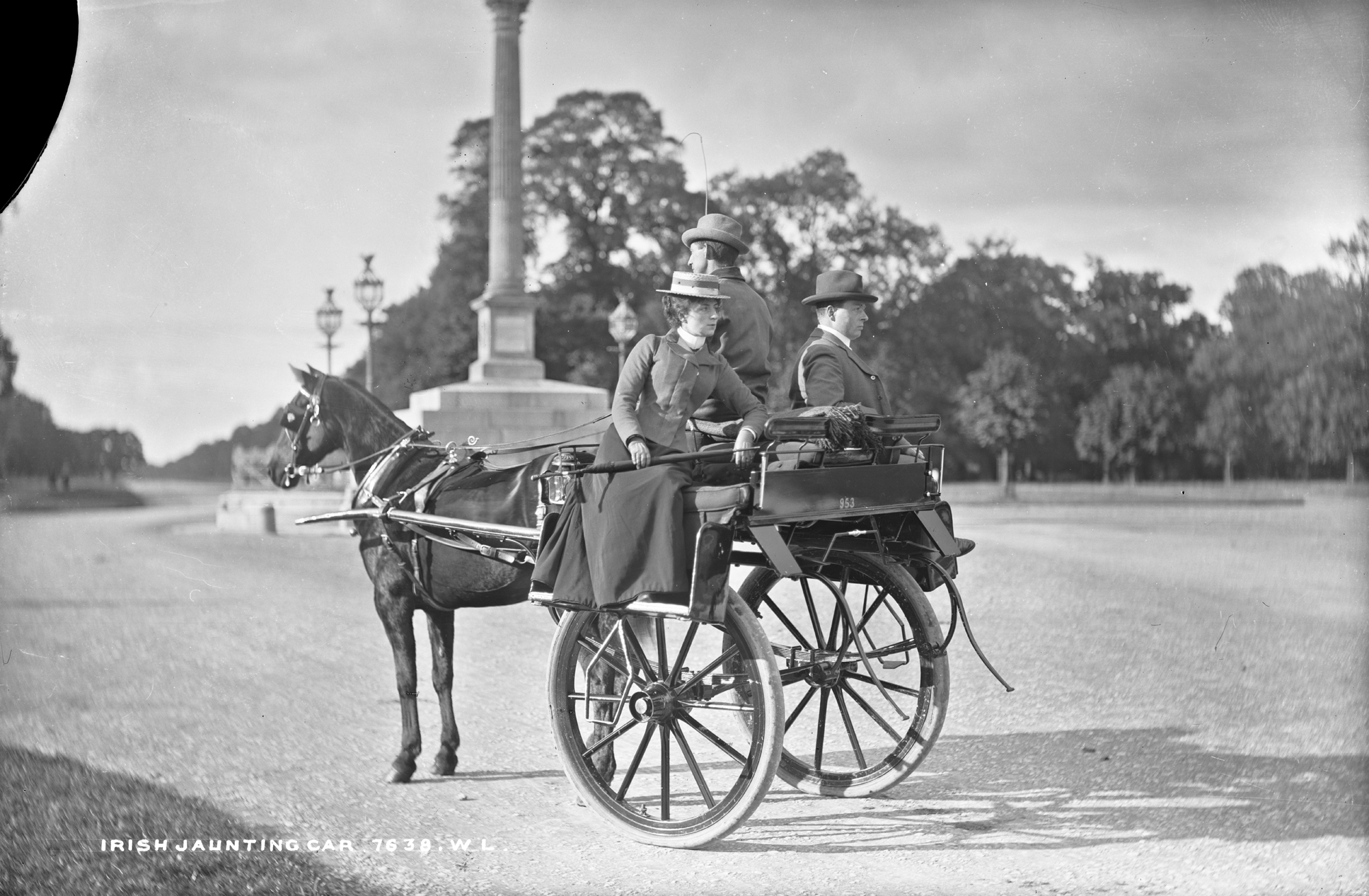 Try to find the date or year when this image was made.
Thanks for contributing!
The once ubiquitous Irish Jaunting car, or as it was also called, the "side car". Up to the 1950s they were the taxi of choice in most places. Often with little comfort, as one hung-on precariously sideways to the direction of travel. It was a great way of seeing what was on your side of the car but not what was on the opposite side. This fine Lawrence shot shows the Phoenix Monument (which was moved some decades after this shot but is now back where it belongs)....