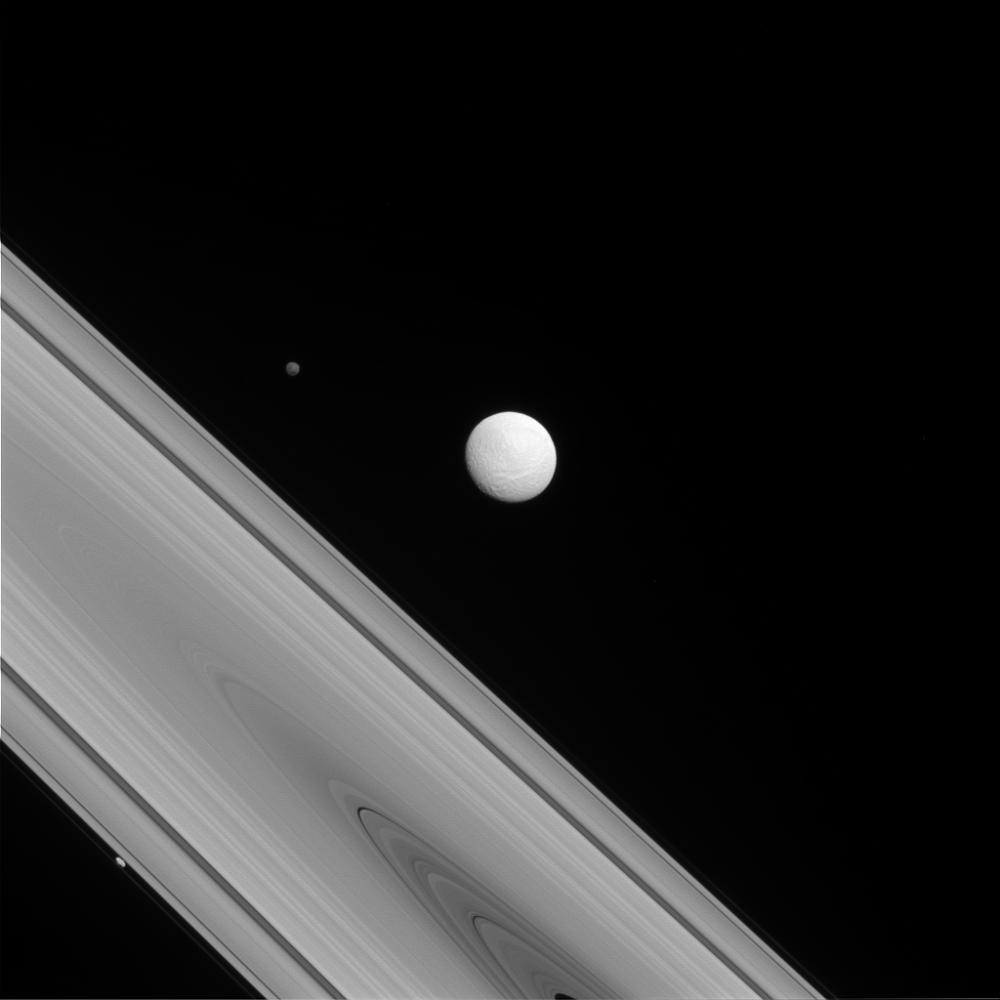 Try to find the date or year when this image was made.
Thanks for contributing!
The Cassini spacecraft captures a rare family photo of three of Saturn's moons that couldn't be more different from each other! As the largest of the three, Tethys (image center) is round and has a variety of terrains across its surface. Meanwhile, Hyperion (to the upper-left of Tethys) is the "wild one" with a chaotic spin and Prometheus (lower-left) is a tiny moon that busies itself sculpting the F ring.