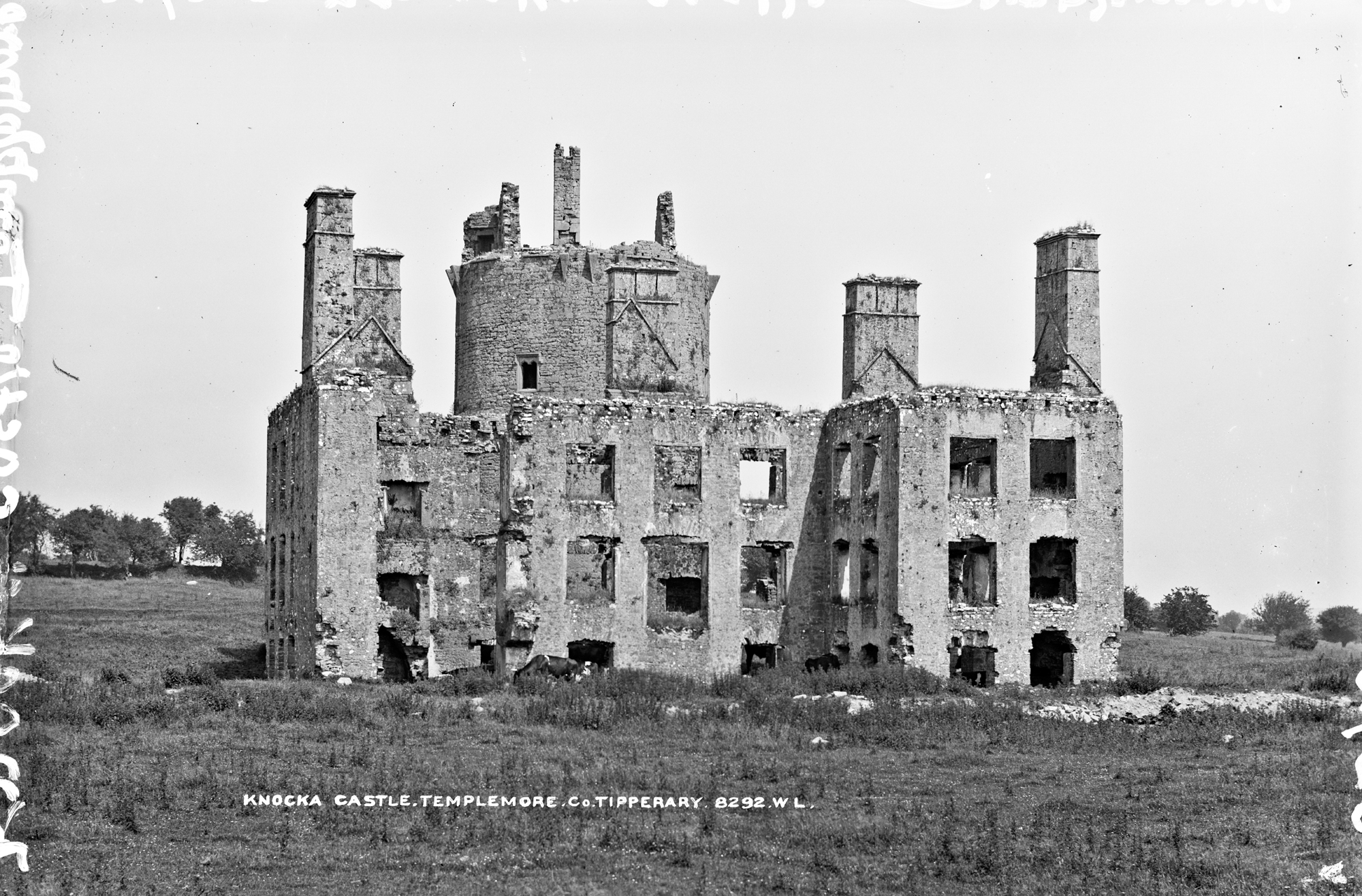 Try to find the date or year when this image was made.
Thanks for contributing!
Back to County Tipperary once more - but to the North Riding this time. Knocka Castle in ruins near Templemore looks to have been once a great house with a Norman tower nearby for refuge (perhaps in case the Whiteboys or Moonlighters come calling). Templemore, which we now associate with law and order was a place of much violent action during the "Troubles" including the burning down of castles - but this ruins seems to date from well before that!

Based on today's contributions, we learned a bit more about the two structures captured here by French. In the foreground, according to the 19th century OSI maps. is Knockagh House. And in the background is Knockagh Castle. We learned that (per sharon.corbet) the older Norman-era(?) tower house in the background still stands. But that the house in the foreground, which had seemingly been in ruin for at least a century prior, was (per Carol Maddock) fully demolished in the early- or mid-20th century.