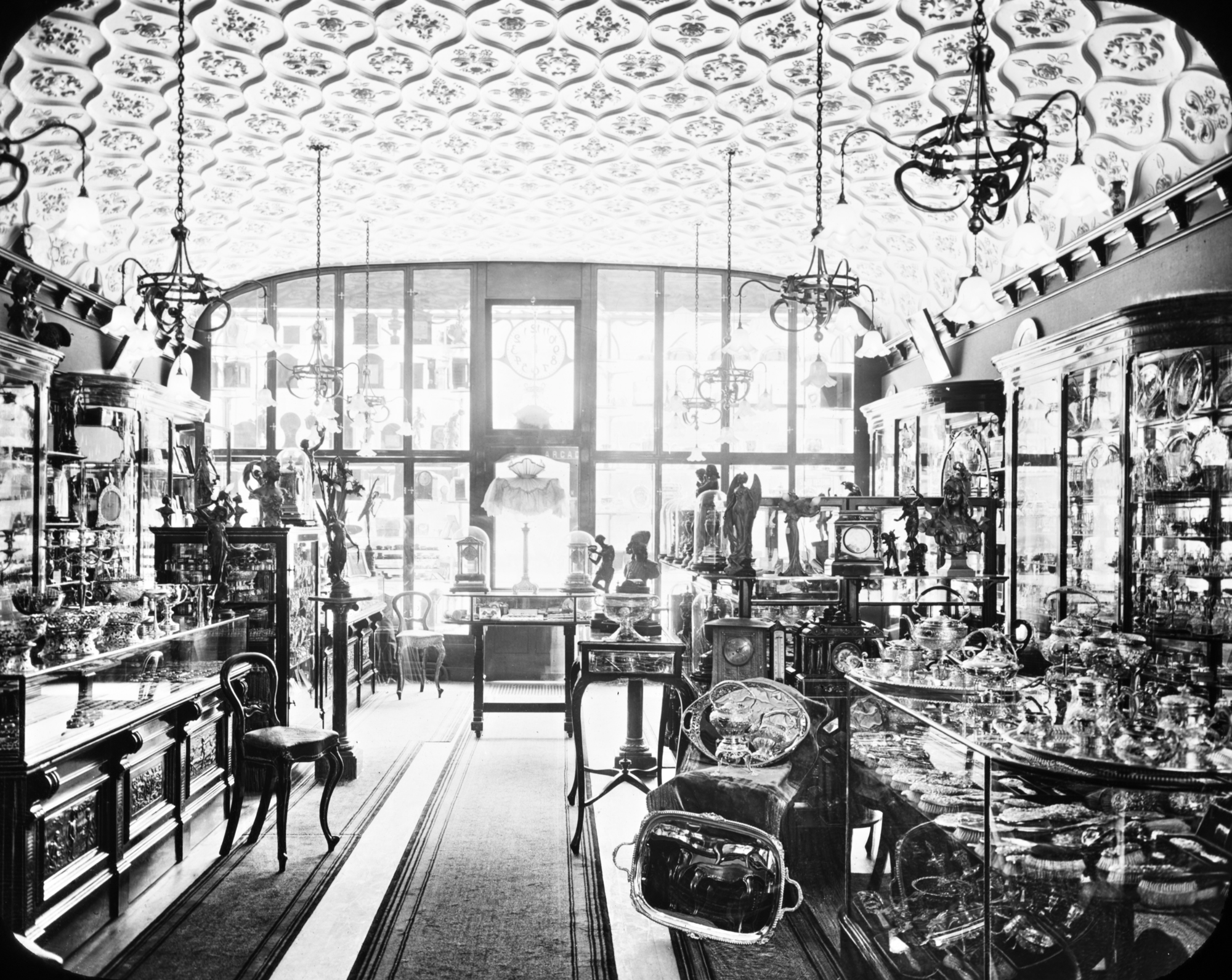 Try to find the date or year when this image was made.
Thanks for contributing!
A Goldsmiths/Silversmiths/Jewellers fine display of opulence, fine workmanship and exclusive showrooms - as a contrast to yesterdays rustic bridge and rural setting! Where was it and who was the owner? Answers on a postcard please.....

Thanks and applause today to BeachcomberAustralia who not only submitted an answer by postcard, but was adjudged to have quickly and impressively won today's postal competition - by identifying this as Sharman D. Neill's jewellers and silversmiths. We have visited the exterior of Sharman D. Neill's at Donegall Place, Belfast previously. It seems possible that this interior image was taken as part of the same commission - maybe even soon after or marking the opening of the new premises in 1903. As we learned previously, this jeweller and ornament merchant had been in business at a number of different premises in this part of Belfast since the mid to late 19th century, and opened this shop early in the 20th century...