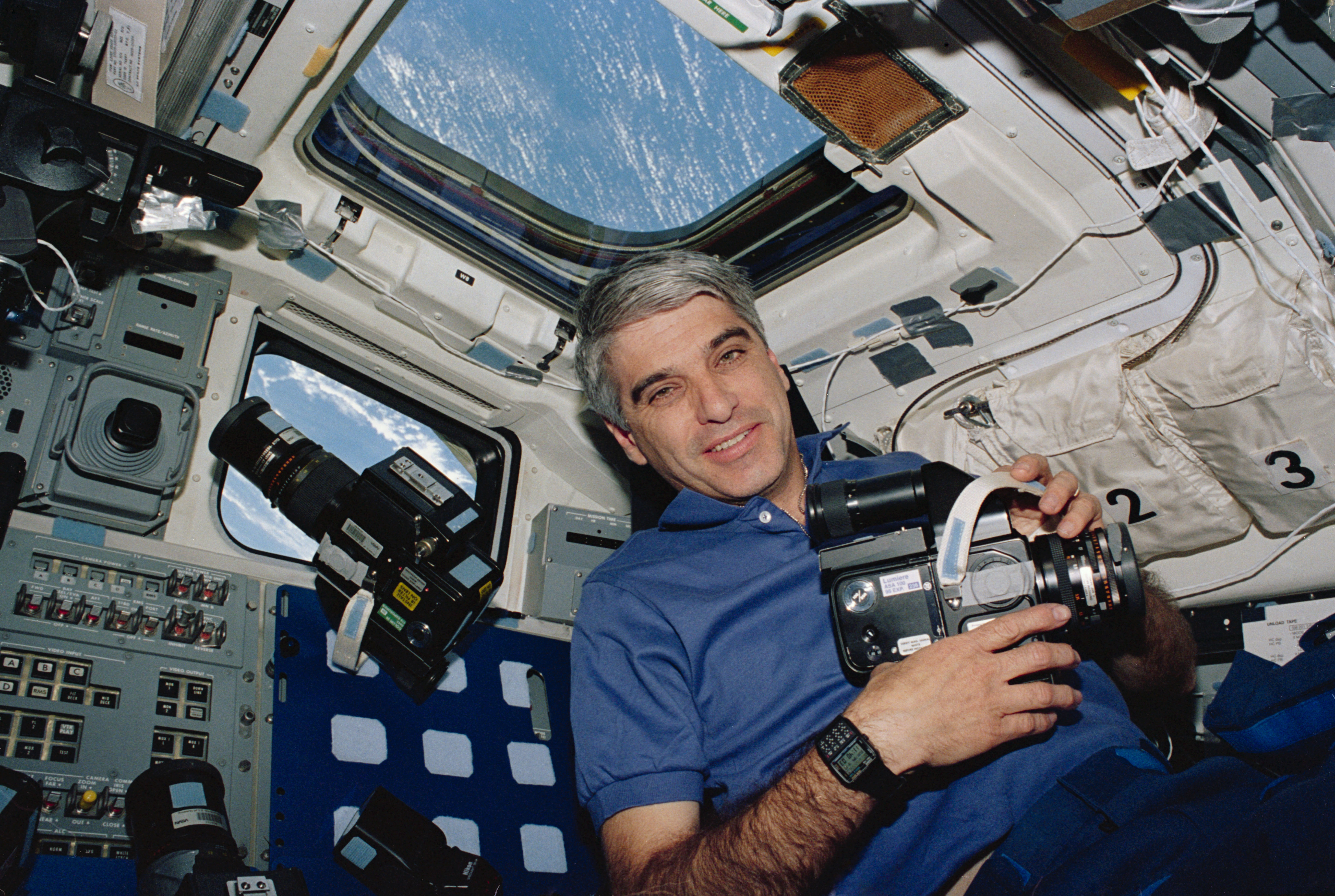 Try to find the date or year when this image was made.
Thanks for contributing!
Astronaut Sidney M. Gutierrez, STS-59 mission commander, pauses on the flight deck during Earth observations on the Space Shuttle Endeavour. Gutierrez, who was joined by five other NASA astronauts for 11-days in Earth orbit, holds a 70mm Hasselblad camera. The camera was one of several instruments used during the Space Radar Laboratory mission to record an unprecedented compilation of data on planet Earth.