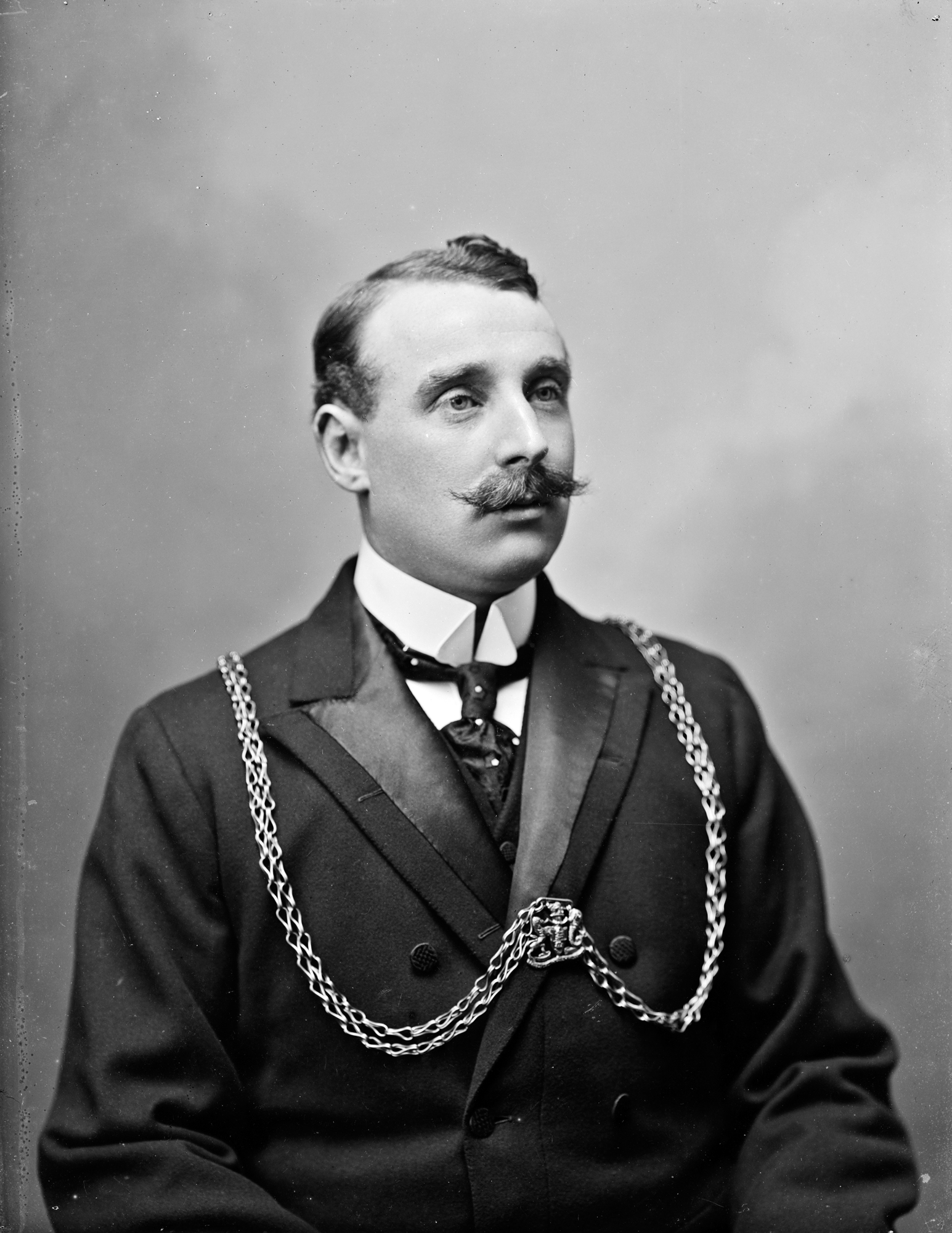 Try to find the date or year when this image was made.
Thanks for contributing!
A handsome man in full finery with a grand title - the perfect combination for a magnificent portrait by Arthur Henri Poole!

From today's contributions, we now know that this is Alderman James Quinlan. He was elected by Waterford's city councillors to act as "High Sheriff of Waterford City" for the year 1909. As his tenure was seemingly March 1909 to March 1910, if our February 1910 date is correct, this portrait was captured towards the end of his term-of-office. He continued to play a role as city councillor and alderman for some years after....