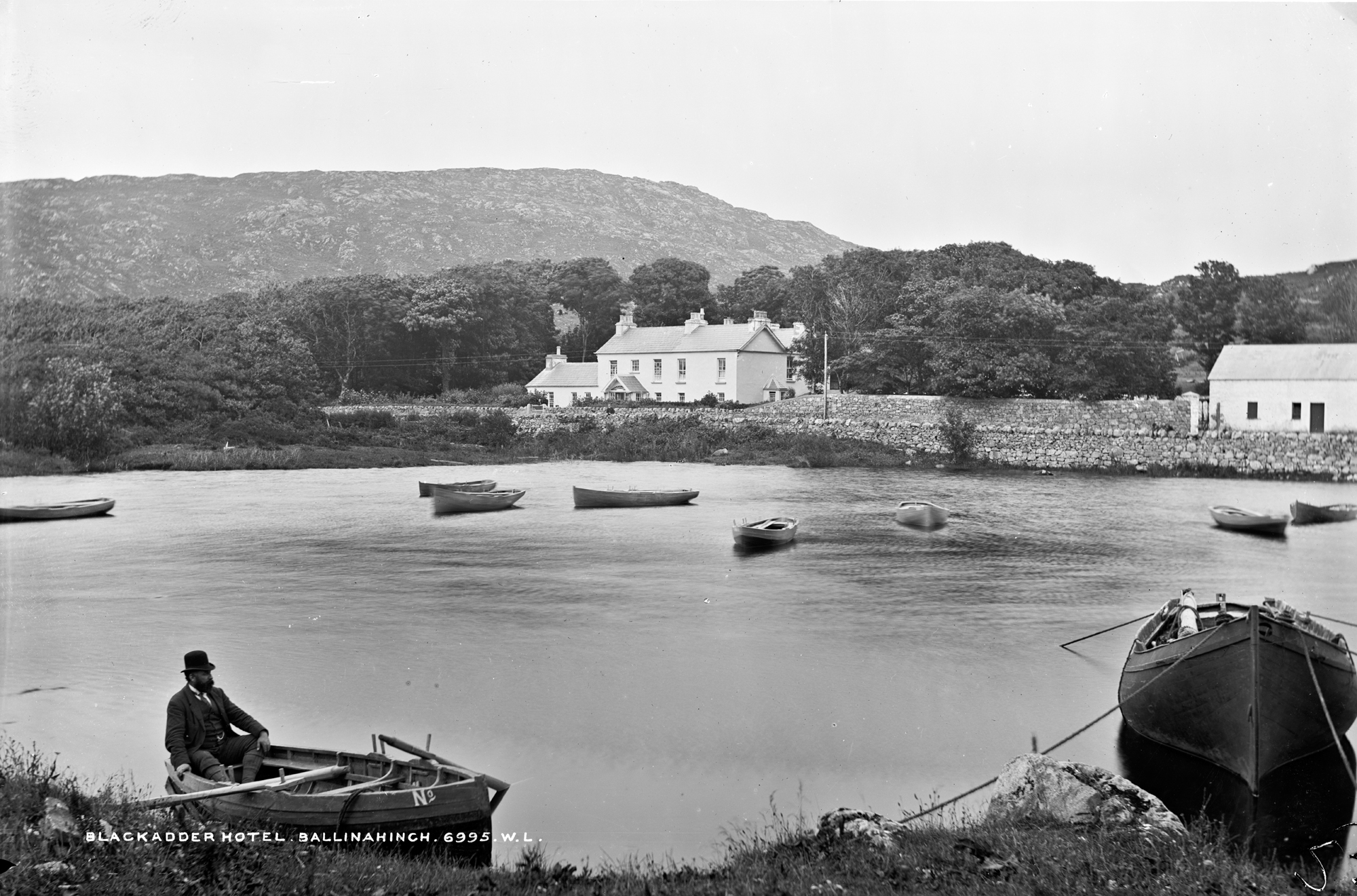 Try to find the date or year when this image was made.
Thanks for contributing!
Blackadder Hotel? Who would have thought that Blackadder would have gone forth from West Galway and from such a beautiful setting. This is up there with the most scenic Lawrence photographs we have seen.

With thanks today to sharon.corbet, B-59, beachcomber, and guliolopez we have been able to map this image to the Angler's Return Hotel near Toombeola, County Galway. We also learned that Walter Blackadder (innkeeper and head of the Ballynahinch trout and salmon fishery) was well known in fishing and game circles in that part of the world for some years. The consensus is that this image is unlikely to be before 1895 (when Blackadder possibly took-over as both local innkeeper and gamekeeper)....