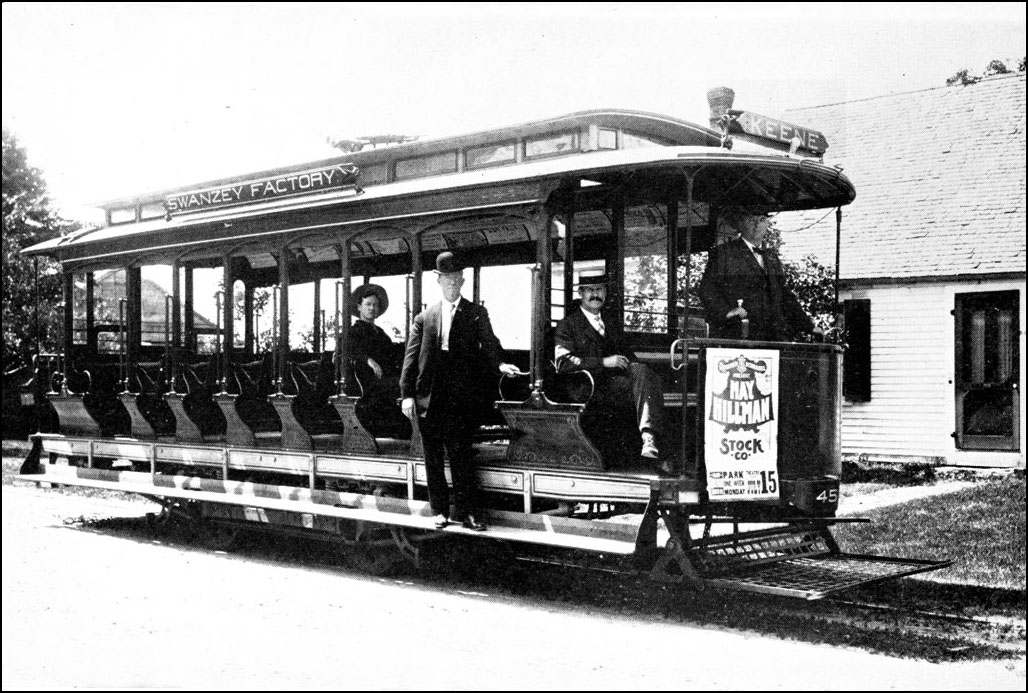 Try to find the date or year when this image was made.
Thanks for contributing!
TITLE
Keene Electric Railway in Keene, NH

DESCRIPTION
Photograph of the Keene Electric Railway in Keene New Hampshire, taken in July 1907. "This photograph...at South Keene, shows a special car fitted with a newly patented fender, invented by Alden B. Taplin, who is sitting on the front seat. The fender was successfully tested with a dummy, laid on the track, on upper Main Street. The conductor is Jack Higgins and the motorman is Thomas J. Mullaney. The passenger in the rear of the car is unknown."
The Keene Electric Railway was chartered in 1893 but was not constructed until 1900. Its first route began on Park Avenue and Arch Street near the entrance to Wheelock Park and continued down West Street to the Faulkner & Colony Mill, where it continued on to Central Square, down Main Street to Marlboro Street and onto to Main Street in Marlborough. Regular service began in Sept.1900. Lines were also constructed to Swanzey. The railway was a financial failure however, and in 1926, the Railway was authorized to abandon the rail lines for motorized buses. It ceased operation in 1929.