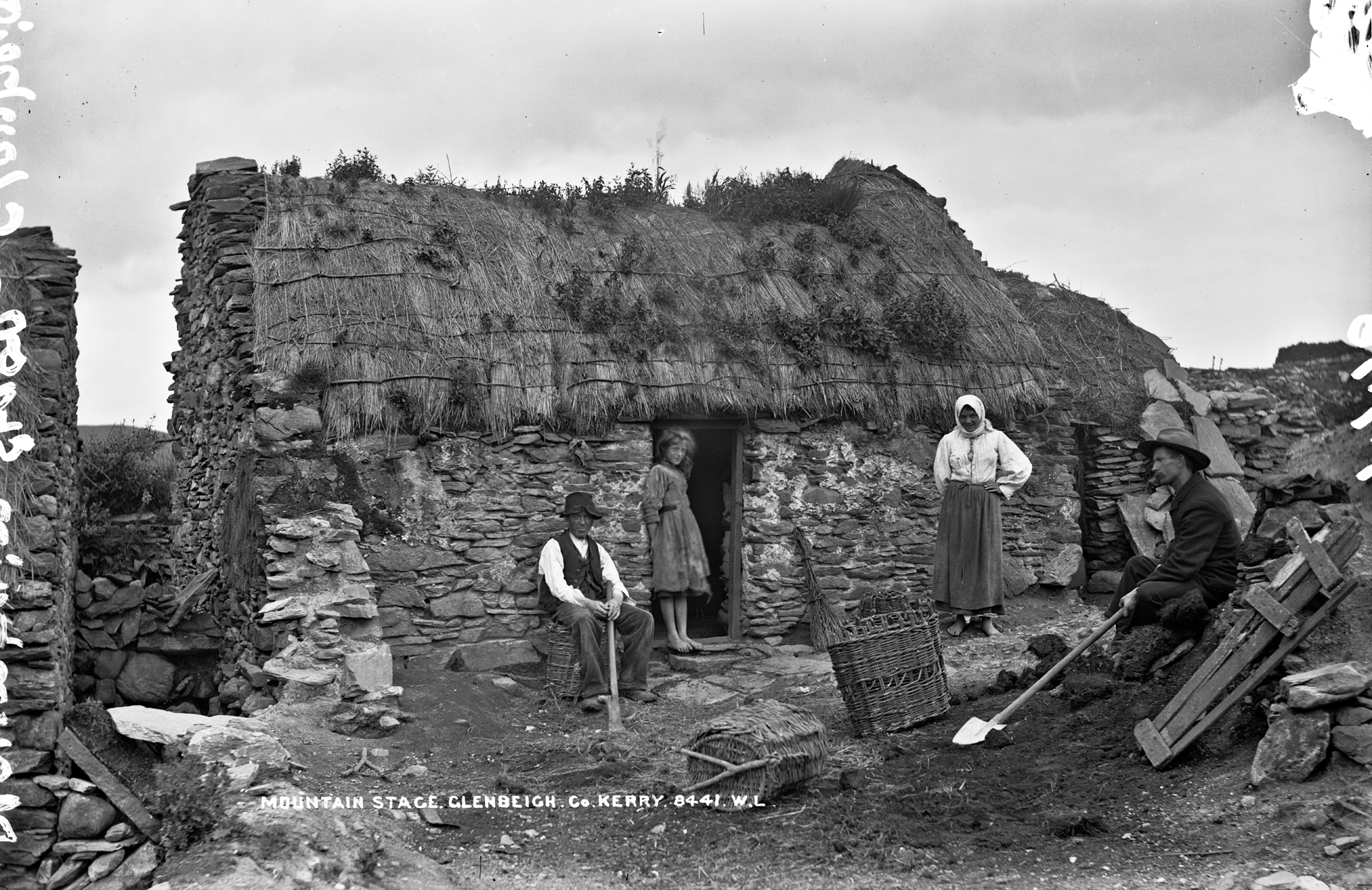 Try to find the date or year when this image was made.
Thanks for contributing!
One of those amazing Lawrence images of poverty, destitution and sheer misery that makes one cringe. Cringe for the people who had to live in such terrible conditions. Some of the worst we had seen were in Donegal but this is in the Kingdom of Kerry, and shows that hard times affected people all over the country.

With input from today's contributors we have broadly mapped this image to near Drom in County Kerry. The consensus is that this French image was likely captured in the 1880s. Possibly even c.1887 when, as beachcomber points-out, there were some particularly notorious evictions of families from the Wynn Estate....