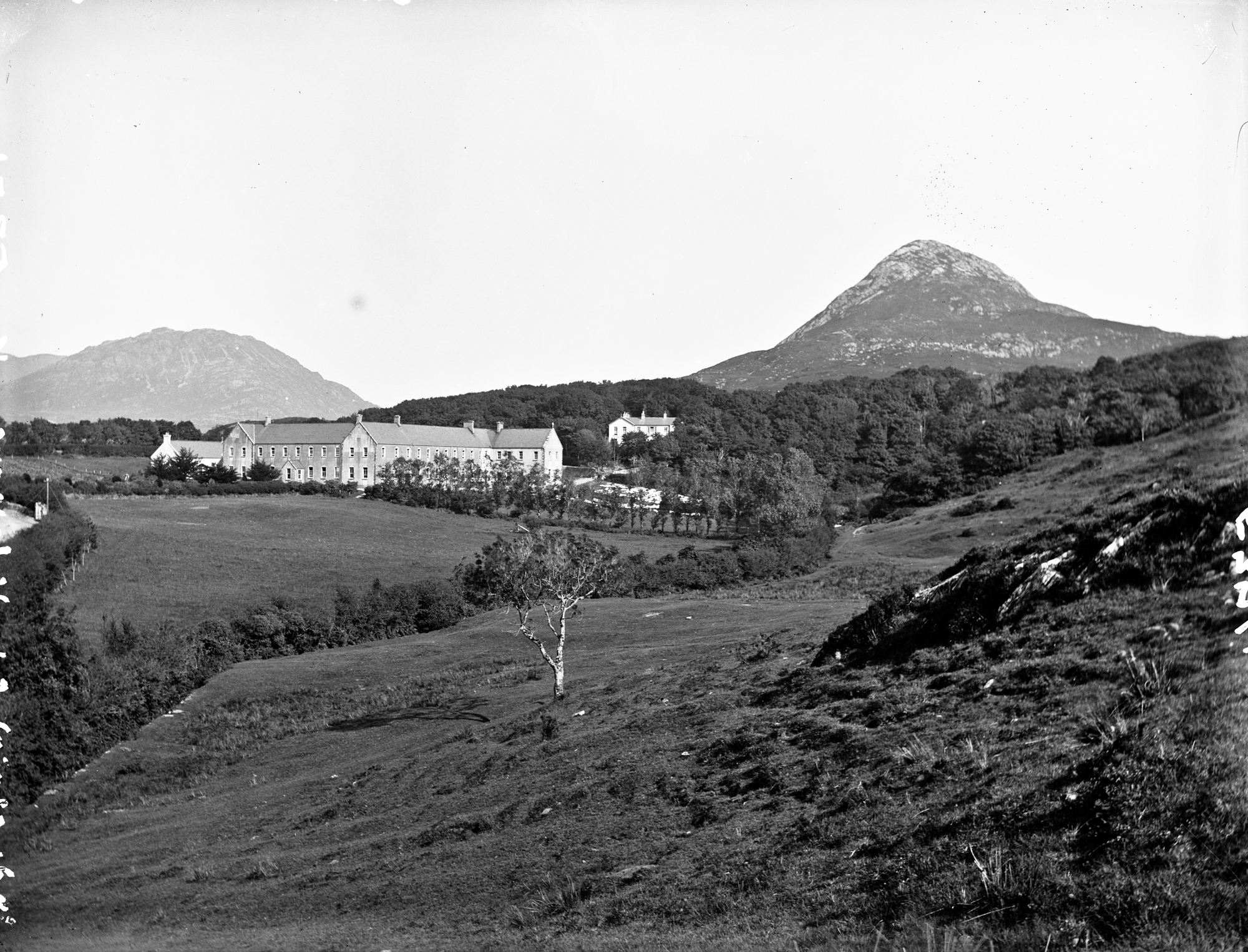 Try to find the date or year when this image was made.
Thanks for contributing!
Nestling under a twin of the Sugar Loaf Mountain is the Industrial School of Letterfrack. Set in the far wilds of Connemara it was known a feared place for its young occupants as much by reason of its dramatic location!

Today's contributions (thankfully/unusually downbeat) highlighted how the pictured St Joseph's Industrial School, while initially set up with likely positive intentions, was so heavily referenced in the reports of the Commission to Inquire into Child Abuse that St Joseph of Letterfrack was labelled as "the cruel saint" by some. As per the comments below, based on the layout of the buildings pictured, it is expected that the 5 decade catalogue range (c.1860s-1910s) can be refined to perhaps a decade or so (c.1900-1910s)....